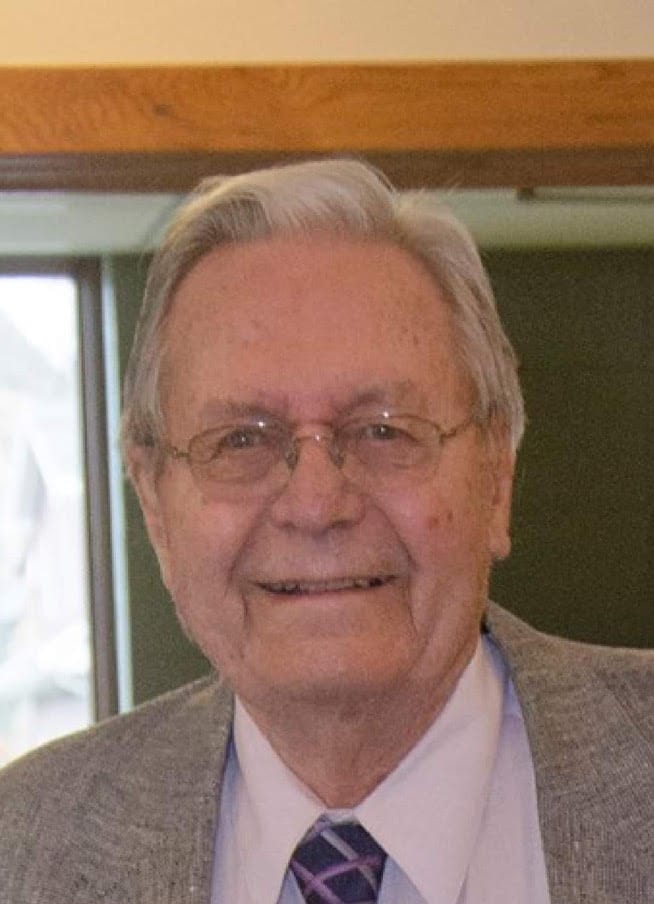 Jerome Uitenbroek
November 15, 1931 - October 22, 2020
Print
Email
Service
You may view Jerome's service by clicking here.
Location Not Available
Private family services will be held. A live stream of the service will be avalible on Friday, October 30, 2020 at 11:00 am

Sprangers) Uitenbroek. Jerome attended Holy Angels grade school, and St. John’s High School in Little Chute.  He married the love of his life Lynn Meehl on July 7, 1954 at St. Mary’s in Menasha.  Jerome was a lifelong member of Holy Angels/Holy Spirit Parish. Jerome had a great sense of humor. He always said he had a lot of people under him at his first job….he mowed lawn at the Holy Angles Cemetary.  In 1952 he was drafted into the army and served our country for 2 years.  Jerome was a volunteer fireman for the Harrison No. 2 Fire Department for 25 years.  He delivered gas for Outagamie Equity Co-op, worked at Hoernigs Concrete, Appleton Machine, Wisconsin Tissue Mills and Kimberly-Clark where he retired from in 1992 after over 20 years of service. After retirement he kept busy with Darbroek Acres.

In his younger years Jerome enjoyed square dancing and playing sheepshead with his card club.  His passion for card playing carried on throughout his life. If you stopped in during the day you would most likely catch him and Mom in a heated game of SkipBo or Manipulation.  Jerome’s greatest joy was spending time wih his family.  He was a devoted husband and family man and will be missed dearly by his wife Lynn after 66 years of marriage; sons Duane (Cindy), Randy, daughters Carol Duron, Joyce (Kelly) Baumgartle, Marlene (Jim) Dins, Lois (Greg) Seremeta, Barb (Bob) Wendt, Sarah (Paul) Christoffel and son Kevin (Sandy).  He will also be missed by his 23 grandchildren, 10 great grandchildren,

Jerome, Dad, Grandpa, Great Grandpa –  If we would ask you now, “how are you doing today?” You would surely say “I am finer than a hair on a frog!” We love you always and you will forever be in our hearts!

Livestream the funeral on Friday, October 30, 2020, on his obituary page at www.wichmannfargo.com at 11:00 am.

Service
Location Not Available
Private family services will be held. A live stream of the service will be avalible on Friday, October 30, 2020 at 11:00 am
Charity
Donate Now