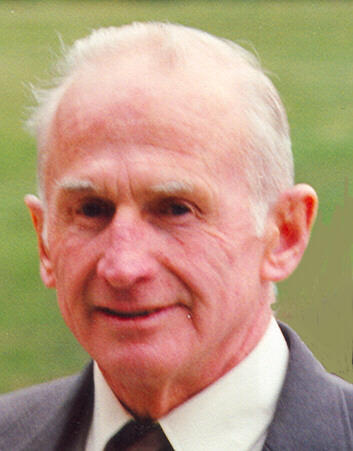 Age 77, passed away peacefully on Monday, June 23, 2008, surrounded by his entire family. He was born on July 26, 1930 in Appleton to the late Theodore and Kathryn (Dempsey) Van Vreede. On May 22, 1954, Jerry married LaVerne “Myrt” Walker at Holy Cross Church in Kaukauna, where they are current members. Jerry graduated from Freedom High School in 1948. He worked at Thilmany Bag Mill in Kaukauna where he met the love of his life, “Hon”. He served in the United States Army as a Peace Keeper in Salzburg, Austria during the Korean Conflict. Upon his return, he married LaVerne and bought the family farm where he lived his entire life. He farmed and worked at Gustman Chevrolet for the first 12 years of his marriage. He retired from farming after 34 years in 1985. He then worked at Stokely Canning Company, Reetz Engineering and did fieldwork for Bob Oudenhoven and Rick Van De Loo. Jerry served the Town of Kaukauna as Town Clerk. Jerry was a devoted and loving husband, father, grandfather, brother and neighbor. He truly loved spending time with his family and grandchildren. He enjoyed fishing, gambling, golfing, playing cards and attending the grandchildren's sporting and school events. He enjoyed frying for many delicious “fish fries” at the farm. Many will remember Jerry as having a great sense of humor. He kept the neighbors wondering who would be the victim of his next practical joke.

The family would like to extend a special thank you to “the Neighbors”, Dennis and Darlene, Bill and Janice, Bob and Diane, Norb and Liz, Mary Ellen and Amoretta.
Words cannot express our gratitude to the Town of Kaukauna/Van Den Broek First Responders, Kaukauna Rescue, Outagamie County Sheriff, and for the exceptional care provided by St. Elizabeth's ICU staff; especially Dru, Brian, Carri, Diane, Dr. Avery, Dr. Bhattachargee, and Chaplains Roy and Netty.

If love alone could have saved him, he would not have died.

In lieu of flowers, a memorial fund in Jerry's name has been established.