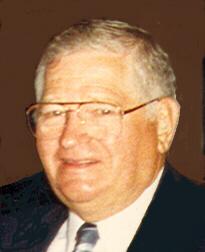 Jerome grew up in Kimberly, Wisconsin. He served in the United States Coast Guard during World War II. He was a skilled blacksmith/welder at Kimberly-Clark Paper Mill until his retirement in 1984.
Jerome was an accomplished craftsman; for example, he built a pontoon boat, and a cottage and boat house on Lake Poygan. He was a skilled artist with wood, and particularly, with wrought iron. His creations included lamps, planters, and signs.
Jerome and his wife Bernadine traveled extensively across the United States and even as far away as England to visit their children.
Jerome lived life on his own terms with integrity and love for his family. He was a long time parishioner of Holy Name (Holy Spirit) Catholic Church. Jerome was a strong, silent man who extended help in a practical, caring way to family and friends alike.

He is survived by his wife of 61 years, Bernadine; their children, Jerry (Candy) Wyngaard, of Virginia; Judy Koehnke, of Shawano; Jack (Sandy) Wyngaard, of Idaho; and Joe (Renee) Wyngaard, of Weyauwega; there are 15 grandchildren and 24 great grandchildren. He was preceded in death by his brothers, Marty ‚ÄúWindy‚Äùand Louis ‚ÄúPorky‚Äù, and his sisters, Germaine ‚ÄúTiny‚Äù and Elaine ‚ÄúGirly‚Äù.

The funeral mass will be celebrated at 5:00 p.m. Wednesday, August 16, 2006, at HOLY SPIRIT PARISH, KIMBERLY CAMPUS, 600 East Kimberly Avenue, with Father Thomas Pomeroy as celebrant. Entombment will be in Appleton Highland Memorial Park. Friends may call from 3:00 p.m. Wednesday until the time of mass directly at the church. In lieu of flowers, a memorial fund is being established in Jerome‚Äôs name.

The family would like to express a special thank you to the staff and nurses at Angelus Retirement Community and Manawa Community Nursing Center for the excellent care given to Jerome.