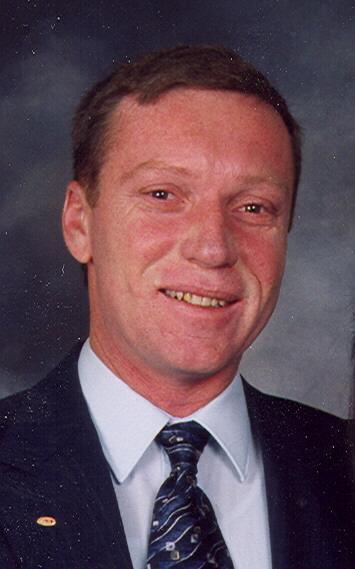 Age 46, passed away unexpectedly on Friday, May 14, 2004 at St. Elizabeth Hospital. He was born on January 2, 1958 to the late John M. and Agnella E. (Leiby) Hanamann Sr. He graduated from Appleton East High School in 1976 and joined the U.S. Army right after high school and was stationed in South Korea. There he met Chong Hong and they married in South Korea on July 31, 1979 and enjoyed nearly 25 years of marriage. Jerry was employed by Presto Products in Appleton for the past 16 years. Jerry‚Äôs favorite saying was, ‚ÄúEnjoy life, smile and play golf as much as possible.‚Äù He enjoyed doing just that with his friends and family. When not working or golfing, Jerry enjoyed everything outdoors including landscaping and watching the birds and deer.

He was a loving husband, father, brother and friend and will greatly be missed by all. He is survived by his wife Chong, daughter Tawana, and sons: Michael and Joshua. He is also survived by three sisters: Elizabeth (Roger) Bratz, Margaret ‚ÄúMugs‚Äù (Kenneth) Powers, and Shirley (Ronald) Elkendier; and two brothers: John (Nadine) Hanamann Jr. and Joseph (Suzan) Hanamann. He will also be missed by 16 nieces and nephews, 11 great nieces and nephews, as well as many friends.