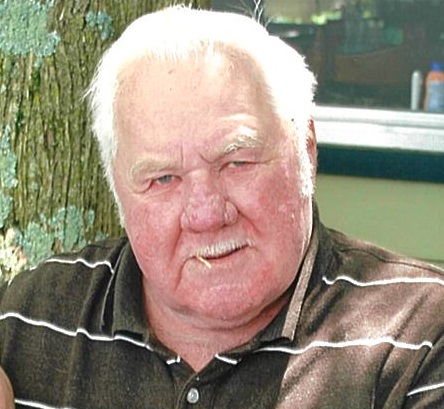 Jerome “Jim” Gresl, age 89, passed away peacefully at his home on Tuesday, April 23, 2019 while surrounded by his family. He was born at his family home in Cato, Wisconsin, son of the late George and Asella (Krutzberg) Gresl. Jim was a hard worker from a young age when he began transporting blocks of ice at the age of 15. He served his country proudly in the US Army in the early 1950s. On September 15, 1953, he married Betty Schroeder and the two were married for almost 50 years before her passing in 2003.

Jim was an accomplished residential and commercial contractor, serving the community for many decades. He was talented and clever, possessing the ability to fix and repair anything. He enjoyed spending weekends at his cottage in Shawano with his friends and family. Later in life, Jim enjoyed travelling with his friends John and Jan as well working with leaded glass windows. Although he maintained a tough exterior, Jim was loving and caring father, grandfather and great-grandfather. He was also long-time loyal member of St. Edward Catholic Church in Mackville.

The Funeral Liturgy for Jim will be held at 1:00 PM on Saturday, April 27, 2019 at St. Edward Catholic Church, Mackville (N2926 Hwy 47) with Rev. Walter Stumpf officiating. Visitation will be held on Friday, April 26 from 4:00 PM and concluding with a prayer vigil at 7:00 PM at Wichmann Funeral Home (537 N. Superior St., Appleton) and again on Saturday at church from 11:30 AM to the time of mass. In lieu of flowers, memorial may be directed to ThedaCare at Home Hospice.

Jim’s family wishes to thank the nurses and caregivers for the loving care given to Jim.

“Jim touched our lives in so many ways with love and humor. Heaven has truly gained another angel.”