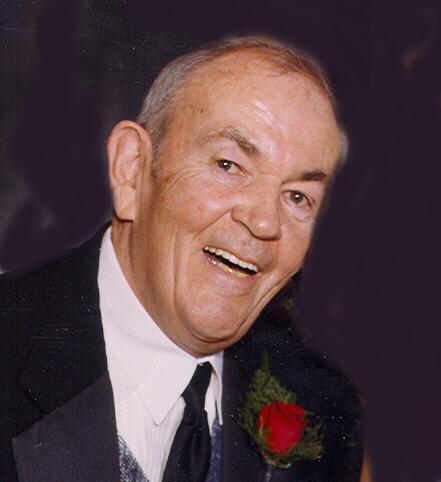 Jerry went peacefully into the arms of his loving Father at his home on Monday afternoon, March 27, 2006 at the age of 71 in the presence of his adoring family. Jerry was born in Brooklyn, New York on September 23, 1934, the son of the late NYPD Captain Daniel J. and Frances (Quinn) Cashman. He attended Brooklyn Preparatory School and was an outstanding athlete. After high school he attended Syracuse University on a full ride scholarship and played in the Cotton Bowl in 1957. He was later drafted by the Philadelphia Eagles. On October 23, 1965 he married the love of his life, Jan Christnovich, and they enjoyed 40 wonderful years together. He worked as a salesman for North American Philips- Norelco division, General Electric, and Warner Brothers women‚Äôs clothiers.

Jerry was a very loving man who enjoyed spending time with his wonderful grandchildren and relaxing at his family‚Äôs summer home in Armstrong Creek, WI; he enjoyed traveling, and always had a smile and a corny joke for everyone he passed. He was a perfect gentleman who was always in awe when he looked at his beautiful wife, Jan. Jerry expected and believed in the best of everyone, and everyone he came in contact with was uplifted by his sense of humor and love.

He is survived by his loving wife, Jan; his children: Jennifer (Tony) Sartori and their children, Rebecca, Samantha, Nicholas, and Katie, of Appleton; Jerome P. (Linda) Cashman and their children, Jason, Danny, and Kasey, of Appleton; Jamie (Chris) Schwake and their children: Calvin and Parker of Milwaukee; brother Howard (Maureen) Cashman, of Brooklyn, NY; brothers and sisters-in-law: Susan (Ed), June (Bill), Ray (Karen), Tony (Nancy), George; his beloved dog, Muffin; as well as over 47 nieces, nephews, other relatives and many dear friends. In addition to his parents, he was preceded in death by his brother, Dr. John Cashman, and his sister, Joan Cashman.

Funeral liturgy for Mr. Cashman will be celebrated on Saturday, April 1, 2006 at 11:00 A.M. at St. Therese Catholic Church (Morrison Street at Wisconsin Avenue) with Rev. William Hoffman officiating. Visitation will be held on Friday evening, March 31, from 4:00 until 9:00 P.M. at the Wichmann Funeral Home Tri County Chapel, with a prayer service at 8:30 P.M. followed by personal reflection of Jerry‚Äôs life. A final opportunity to pay respects will be held on Saturday from 9:00 A.M. until 10:00 A.M. also at the funeral home. A memorial fund in Jerry‚Äôs name is being established.

Our family would like to give special thanks to Jan‚Äôs special angel, Susan Rich, and nieces: Annie and Beth; neighbors, Pat and Ken Schoenike, and Greg and Karen Hussman and family, and also to the nurses of Theda Care at Home, especially Carmen Pakendorf, and Jackie from AMC-Radiation for their comfort and care.