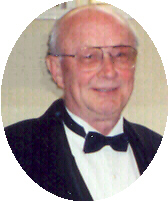 Age 73, passed away on Saturday evening, April 11, 2009 at St. Elizabeth Hospital. He was born on January19, 1936, Son of the late Robert Sr. and Stella (Ehlers) Kolosso. After high school Butch proudly served his country with the U.S. Army. He was married to Elizabeth “Betty” Bowers-Kolosso, and later was married to Cookie Merrill. Butch was the owner of Kolosso Auto Service for over 20 years, retiring in 1996, and in 1998 he bought the Lake Park Pub, along with his son, Butch Jr. In years past, Butch belonged to the Moose Lodge, Jaycees, and sat on the Board of Directors for the Americanos Drum and Bugle Corps. He enjoyed working on cars, playing sheephead, boating, and bowling.

Funeral services for Butch will be held on Thursday, April 16, 2009 at 6:30 P.M. at the Wichmann Funeral Home Tri-County Chapel with Deacon Maury Reed officiating. Friends will be received at the funeral home from 2:30 P.M. until the time of the service. Following the funeral service, the celebration of Butch's life will continue at Lake Park Tavern. Interment will be in Riverside Cemetery, Appleton. In lieu of flowers, donations are appreciated in Butch's name to The St. Paul Villa in Kaukauna. The family would like to thank the staffs of St. Paul Villa and the Critical Care Unit at St. Elizabeth Hospital for their care and concern.