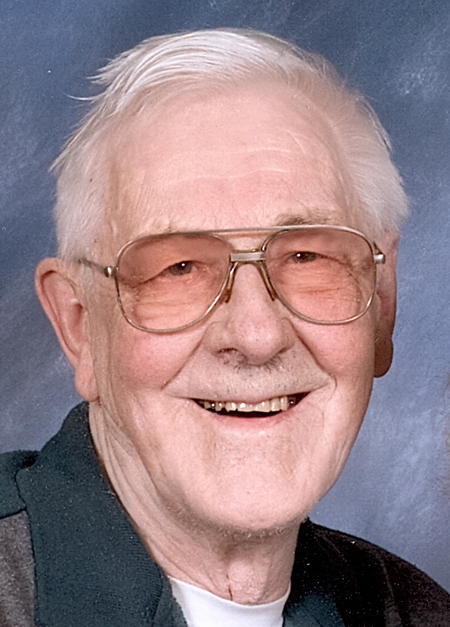 Jerome B. Brockman, of Darboy, age 88, had his prayers answered on Monday, August 13, 2012 at Theda Clark Medical Center in Neenah. He was born on June 25, 1924, in Little Chute, the son of the late Joseph and Minnie (Lamers) Brockman. On September 30, 1953, Jerome married Marie Van Mun at Holy Name Catholic Church in Kimberly. He retired from Oscar Boldt Construction. Jerome volunteered for years at the Kimberly Recreation Association. Jerome spent many hours helping make quilts for the Holy Spirit Missions. He was a Boy Scout Leader when his sons were growing up.

The funeral liturgy for Jerome will be held at 12:00 Noon on Friday, August 17, 2012 at Holy Spirit/Holy Name Church, 620 E. Kimberly Avenue in Kimberly. Fr. David Beaudry will be officiating. Inurnment will take place at St. John Catholic Cemetery in Little Chute. The family will receive relatives and friends at the church on Friday from 10:00 am until the time of mass. In lieu of flowers, a memorial fund has been established. Online condolences can be expressed at www.wichmannfargo.com.

Jerome's family would like to thank Jen and all the staff at Theda Clark Medical Center ICU for your wonderful care and support.