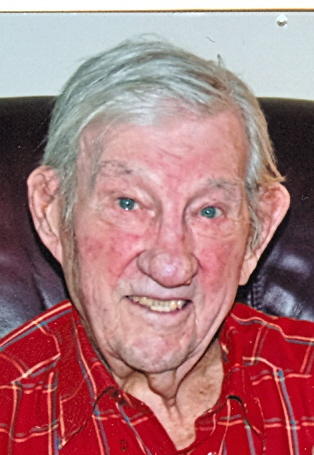 Jerome A. Schommer
“Jerry”
Kaukauna
Age 96, passed away on his wife's birthday and Veteran's Day, Tuesday, November 11, 2008. Jerry was born on October 3, 1912 in Little Chute son of the late Nicholas and Gertrude (VandenHeuvel) Schommer. He graduated from Kaukauna High School with the Class of 1931, and then married Ruth Brouchek of Kaukauna on September 24, 1935. Jerry was a WWII Veteran serving in the U.S Navy. He was assigned to Team 3 the first U.S. underwater demolition team. At that time they were called Frogmen, now known as Navy Seals. He was awarded the Bronze Star for classified action in Saipan, Tinian, and Guam.
After the war he started Schommer Construction which he owned until he retired in 1975. Jerry was an avid fisherman, deer hunter and Packer Backer. He is survived by his son, David (Kathy) Schommer, Suamico; his daughter Suzanne (Rick) Vanderloop, Kaukauna; his grandchildren, Amy (Jim) Vollmer, Mark Schommer, Ryan (Aleece) and Robert (Erica) Vanderloop and Rachael (Matthew) Poppe. Jerry is also survived by his great-grandchildren, Alex Vollmer, Madysen Poppe, Josephine Vanderloop, and Jacoby Vanderloop; and his brother Jerald Schommer, Florida.
Funeral services will be held at 11 a.m. on Friday, November 14, 2008 at HOLY CROSS CATHOLIC CHURCH, 309 Desnoyer St., Kaukauna with Fr. Tom Pomeroy officiating. Visitation will be at the church from 9 a.m. until the time of services. Military honors will follow the funeral service. A memorial is being established.