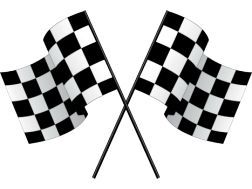 Butch Prusynski, a friend to many in the car world, died peacefully on Thursday, May 4, 2017, at the age of 73. Butch was born in Wisconsin Rapids on March 31, 1944, son of the late Frank and Ruth (Phaneuf) Prusynski. He entered the military in 1961, and served until 1965, mostly in the motor pool where he acquired a love for cars and mechanics. Later he worked as an auto technician in several General Motors dealerships in the area. He also owned and operated his own auto and restoration business. He had also been a valued employee at U.S. Steel, Michels Corporation, and Gaynor Cranberry Company.

In keeping with Butch's wishes, no services are being planned at this time. Instead, take a drive down a country road somewhere, let the wind blow through your hair, and enjoy the ride.

Butch, who was known by many as “Mr. Good Wrench” was a world-class mechanic. He loved working on hot rods and Corvettes. He had a special passion for “Rhonda”, a 1961 Corvette that he built and showed at car meets around the country. He will be missed by all who knew and loved him.