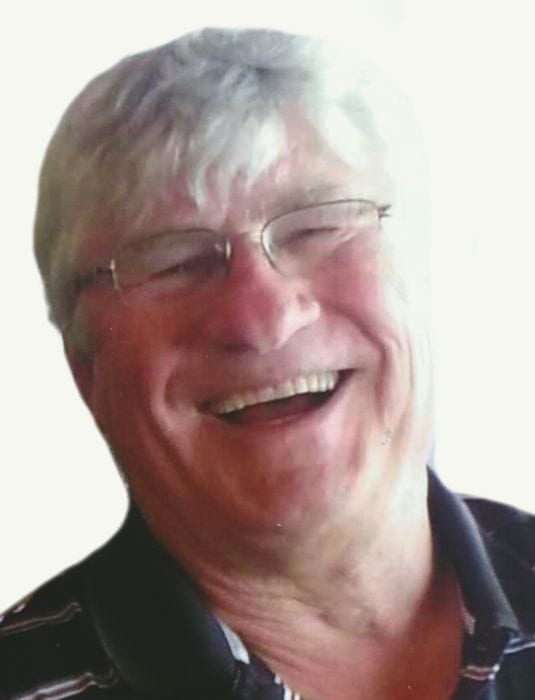 Jeffry James Berton, a man who spent decades building bridges from his younger days, died on February 4, 2020. He was 77. In the end, Jeffry discovered he was loved by God, family and friends, but getting there was difficult.

Jeffry was born on October 18, 1942 to George C and Lucille M. (Rusch) Berton. He was fifth born in a family of twelve children, named by his mother after Jeff Chandler, a movie star she liked very much at the time. With a mother and father that both had health issues, there wasn’t anything “normal” about Jeffry’s childhood.

A nonexistent home life and moving between homes and schools in the Shawano area led to a difficult adolescence for Jeffry. After 11 months at Wales, he finished high school and enlisted in the Army. He then settled in the Fox Valley area, working for his brother’s business for a short time and eventually Great Northern Container where he retired.

He remembered a vow he made to himself as a child, never to be like his father, but realized he became much like him. In June 1983 Jeffry recognized he needed help and sought counseling. This gave him the roadmap and principles for change. Jeffry spent his last 36 years in recovery, attending several meetings per week, being helped and helping others in the recovery process. Jeffry had made the decision to turn his life over to God and finally found peace. After he retired, he went back to school and became an AODA counselor for a few years.

With God in the driver’s seat, Jeffry learned to forgive himself and found Joy in his life. He developed a strong sense of humor, a great personality and became very loved by family and friends.

Some of Jeffry’s favorite hobbies were to hunt, fish and dance. However, Jeffry’s main passion was golf. He could spend hours on the golf course and get lost in time. It was calming, cooling, just a pleasant place for him to be. Over the course of time he managed to get a hole in one (4th Hole) at Reid Municipal Golf Course and won two championships. He also shot a 10-point buck back in the day.

Preceding him in death were his parents, brothers Larry and Randall Berton, a sister Joan L. Oberle, a brother-in-law, Jim Oberle and a sister-in-law, Carol Berton.

A memorial service will be held for Jeffry James Berton at 3:00 PM on Sunday, February 9, 2020 at the Wichmann Funeral Home, located at 537 N. Superior Street in Appleton. Family and friends are invited to gather at the funeral home on Sunday from 1:00 PM until the time of the service. A private family burial will be held in the near future.