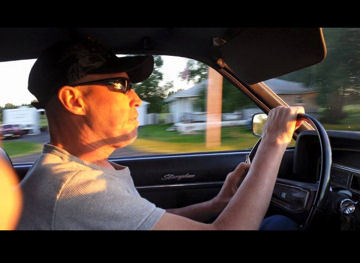 Jeffrey “Zim” Zimmerman, age 48, of Appleton, passed away peacefully with his family by his side on Wednesday, March 4, 2015, at his home. Zim was born on August 9, 1966, son of the late William and Mabel (Miller) Zimmerman. After graduation from Appleton West High School in 1984, he went on to receive several certifications from the Fox Valley Technical College. Zim was proud to work at Pierce for over 15 years. On August 2, 2014, he married Tracy Brooks in a ceremony in Kaukauna.

Zim was an amazing person with a love for life and was an inspiration to many. He enjoyed restoring old cars and rebuilding engines. He was also the founding member of Z & P Motorsports. Above all, he cherished the time spent with his family and friends.

Zim is survived by his wife Tracy; son: William (fiancé Kathryn) Zimmerman; and step daughter Kasi Wiater. He is further survived by his siblings; Richard (Donna) Zimmerman, Linda (Tom) Swaim, and Pam (Paul) Salmon; and his best friend Randy Pennings. He will also be missed by many loving nieces, nephews, other relatives and friends. He was preceded in death by his parents and his older brother Ron Zimmerman.

The celebration of Zim's life will be held at 2:30 p.m until 5:30 p.m. on March 8, 2014 at the WICHMANN FUNERAL HOME TRI-COUNTY CHAPEL, 1592 Oneida St., Menasha. Online condolences may be expressed at www.wichmannfargo.com. In lieu of flowers, a memorial in Zim's name has been established.

The Zimmerman family would like to thank Dr. Yao and the 7th floor nursing staff at the Appleton Medical Center for all their care and support.