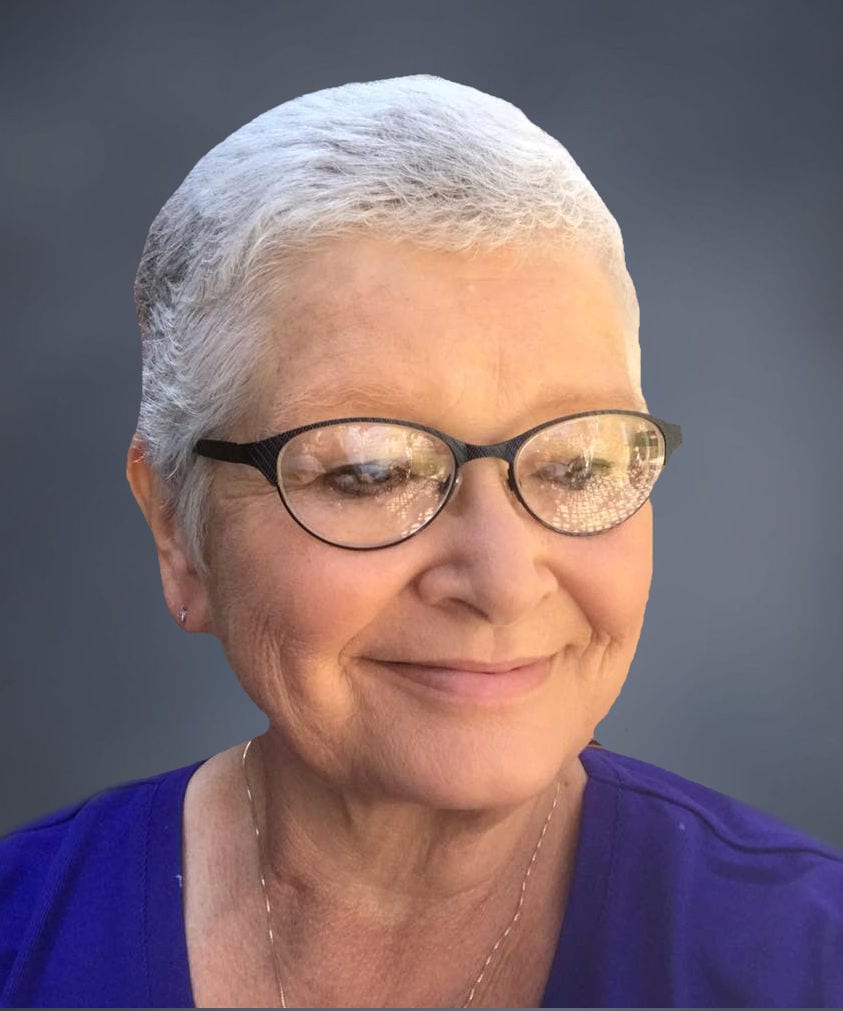 Jeanne Weyers Bellin passed away peacefully at Brewster Village in Appleton, WI on February 8, 2020, after a courageous battle with cancer. She was born on December 8, 1955 to the late Francis and Margaret “Barb” (Watson) Weyers while living on the family farm in Hortonville, WI, and moved to Kimberly before starting kindergarten. She graduated from Kimberly High School in 1974 and married Augie Bellin on August 28, 1981. In 1992, they purchased and returned to the family farm, keeping it in the family 59 years and planting over 3000 trees. Jeanne moved back to Appleton in 2012 after Augie died of pancreatic cancer in 2011.

Jeanne retired from ATT in 2004 at the age of 48 after 30 years of service “because I could”, and then attended Fox Valley Technical College for medical coding. She worked part time at AMC as a Medical Coder until retiring in 2014.

Jeanne loved her Boston Terriers, Amos and Buddy, who both preceded her in death. She had many interests including dogs, reading, gardening, traveling, writing, volunteering and golfing. She closely followed the Brewers, Timber Rattlers and Packers, and especially enjoyed meeting friends for lunch or tequila Tuesdays. She volunteered with Wisconsin Boston Terrier Rescue, Habitat for Humanity, St. Joe’s Food Pantry and as a 1st grade reading tutor.

In addition to her husband and parents, Jeanne was preceded in death by her sisters, Margaret Patera and Mary Weyers, brother Thomas Weyers and sister-in-law, Lori Weyers.

A celebration of life will be held at Wichmann Funeral Home, Tri County Chapel, located at 1592 Oneida Street, Menasha on Wednesday, February 12, 2020 at 6:00 PM. Family and friends are welcome to gather at the funeral home on Wednesday from 3:00 PM until the time of the service. In lieu of flowers, donations to Wisconsin Boston Terrier Rescue, Habitat for Humanity and St. Joe’s Food Pantry are suggested.

At Jeanne’s request, her ashes, along with those of Augie, Buddy and Amos, will be spread by her brothers on the Jamaican Coast, their favorite travel location, so they can all be on vacation forever.

Jeanne would like to thank everyone who helped her “get over the giant bump in the road” from 2017 to 2020, including her family, friends, neighbors, writing group, widows’ group, co-workers and ThedaCare friends. Her family would also like to thank the staff at Brewster Village and ThedaCare Hospice Services.