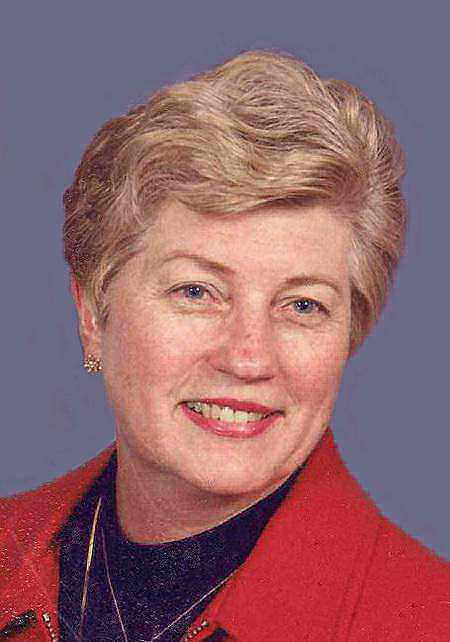 Jeanne L. Funk, age 69, passed away on Tuesday, June 7, 2011, at Appleton Medical Center, after a brief, but courageous battle with cancer. Jeanne was born on December 21, 1941, in Appleton, daughter of the late Orville and Amy (Umland) Tornow. She graduated from Appleton High School in 1960. On August 26, 1962, she married Mike Funk at First English Lutheran Church in Appleton. Jeanne worked as an administrative assistant for Appleton Coated Paper, AT&T (formerly Wisconsin Bell and Ameritech), and Rawhide Boys Ranch before retiring in the mid-1990s. Jeanne loved the outdoors, tending to her gardens, birds, and wildlife. She enjoyed cooking and baking, especially cooking holiday meals for her family. She also took part in helping with the turkey dinners at church. Jeanne was a faithful member of First English Lutheran Church in Appleton, and most recently of First Lutheran Church in Ogdensburg and volunteered her time to them. She also loved reading and participating in Iola Water Aerobics, which she greatly enjoyed. Jeanne was a very selfless woman, always putting others before herself. She will be deeply missed by her entire family and her friends.

Jeanne is survived by her husband, Mike; two sons, Rob and Steve Funk; a brother, Roger (Kay) Tornow; sisters-in-law, Janice (Larry) Babcock, and Jean Funk; nephews, Todd, Scott, Blaine, Matt, and Brad; nieces, Becky, Martha, and Sarah; her very good friends, Sandy and Gerald Herrmann, Corrine and Mal Johnson, and Judy and the late Bary Hein; and her “honey bunches,” her dog and grand-dog, Ginger and Molly.
She was further preceded in death by a brother-in-law, Richard Funk.

A memorial service for Jeanne will be held at 6:00 p.m. on Tuesday, June 14, 2011, at FIRST LUTHERAN CHURCH, 700 Main Street, Ogdensburg, 54962, with Rev. Tim Lofgren officiating. Friends may call on Tuesday evening at church from 5:00 p.m. until the time of the service. A private inurnment will take place at Highland Memorial Park, Appleton. Memorial contributions in Jeanne's name may be made to the Building Fund at First Lutheran Church in Ogdensburg. The family would like to extend a sincere thank you to the 7th floor doctors, nurses, and staff at Appleton Medical Center for their care, compassion, and support.