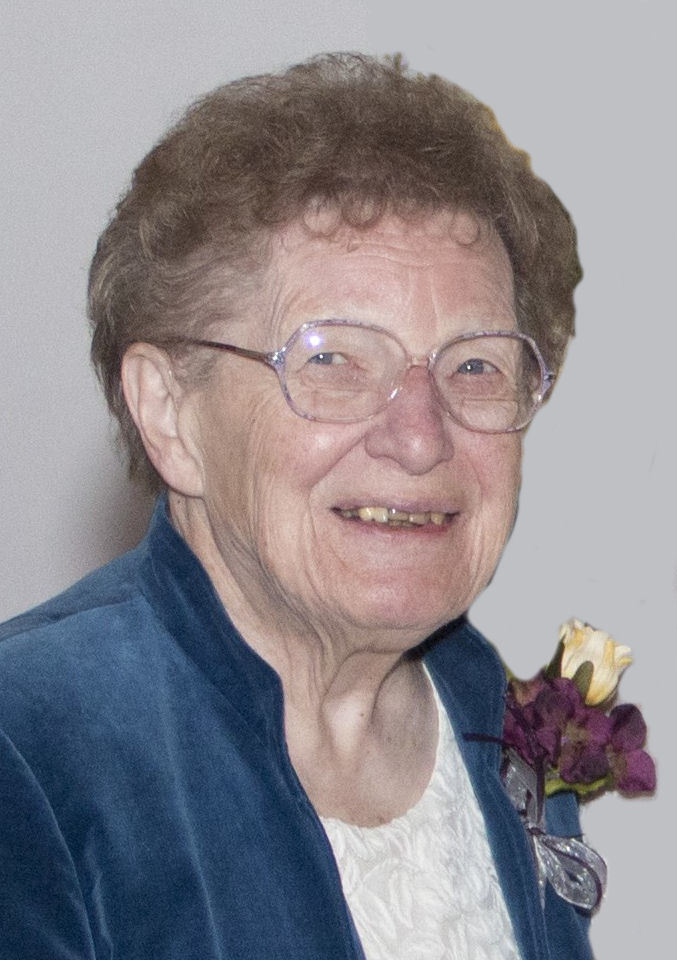 Jeanne C. Payne (Fandrey), 82 years, of Appleton was called into the waiting arms of the Lord on Friday, October 14, 2016. She was born November 2, 1933 in Neenah, the daughter of Herbert and Mamie (Krueger) Fandrey. She attended one year of high school at Neenah before she had a talk with her father on attending Winnebago Lutheran Academy. He agreed to her attending there if she worked to fund it. Jeanne spent her spare time baby-sitting neighborhood children to raise the funds. She proudly graduated from Winnebago Lutheran Academy in 1951. She worked as a secretary at AAL Insurance after graduation. She also worked at a lawyer's office, American Can Co. and finally at Kimberly-Clark where she retired in 1999. Jeanne's dedication to Christian education was of high importance to her. She was active in the Ladies Guild at Fox Valley Lutheran High School holding officer positions many times. She and Spencer shared the weekly sermons on tape with shut-ins of their church. On May 29, 1954 she married Spencer R. Payne at Trinity Ev. Lutheran Church, Neenah. Her children have fond memories of her banana bread and her devotion to caring for her husband Spencer. Jeanne is remembered for her welcoming smile, kind demeanor and polite manner. Jeanne enjoyed long walks, but most of all she loved her time with her family.

The Christian Funeral for Jeanne will be held Tuesday, October 18, 2016 at 11 am at Eternal Love Ev. Lutheran Church, 1011 E. Midway Rd., Appleton. Rev. Robert Balza and Rev. David Pries officiating. Private interment Greenlawn Memorial Park in Neenah. Friends may call at the funeral home on Monday from 4 to 7 pm and again at the church on Tuesday from 10 am until time of service.

In lieu of flowers, memorials to FVL for the Ladies Guild Memorial Scholarship Fund appreciated. Thank you to David and Joyce as well as Helen's House for their loving devotion.

We rejoice that Jeanne is in the loving arms of her Savior.