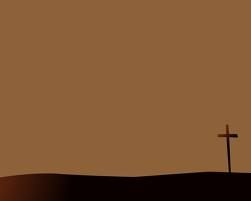 Jeanne A. Kieffer (Kools) of Appleton, age 84, passed peacefully into the arms of Jesus at Appleton Medical Center on Monday, February 25, 2013, surrounded by her loving family. Jeanne was born in Appleton, on March 29, 1928, to the late William and Ruth (Gilman) Kools. She was united in marriage to Clyde W. Kieffer of Kaukauna on November 17, 1951.

Jeanne graduated from St Agnes School of Nursing in 1950 and retired from nursing in 1990. She was very active in ARC (Association of Retarded Citizens), volunteered at Appleton Christian School, Special Olympics, started Alcoholics Victorious in the Fox Valley and mentored many young women. She loved riding her moped, having her family around and visiting with friends. She particularly enjoyed sharing her faith and caring and praying for anyone in need. She was a gifted encourager.

A memorial service will be held at 7:00 PM on Friday, March 1, 2013 at the Wichmann Funeral Home, Tri County Chapel, 3212 S. Oneida Street in Menasha. Visitation will be held on Friday from 4:00 PM until the time of the service. Online condolences may be expressed at www.wichmannfargo.com. In lieu of flowers, a memorial fund in Jeanne's name is being established for the Special Olympics Programs in the Fox Valley, Wisconsin.

The family extends a special thank you to Hospice and the AMC nursing staff for their compassionate care and service.