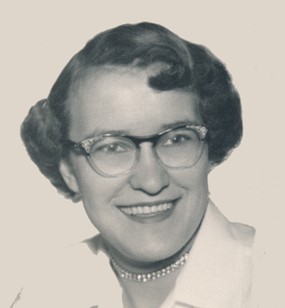 Jeanne Ann Drewa, age 73, passed away Monday evening, June 27, 2011 surrounded by the love of her family. Jeanne Ann was born in Appleton on April 17, 1938, the daughter of the late Abraham and Lucille(Stark) Bessett. Jeanne Ann graduated from Appleton West High School in 1956 and that same September married Richard Drewa here in Appleton; he survives.

As a young woman, she worked as an operator for Wisconsin Bell, and for many years worked on the floor and in the office at Stokely – Van Camp. Jeanne Ann enjoyed reading – especially romance novels, designed silk flowers for special family occasions, loved musicals, played the accordion, cared for a vegetable garden and canned her harvests. She often recalled her childhood when she marched in many parades, twirling her baton as part of the color guard in an area drum and bugle corps. In her later years, she adored spending time with her six grandchildren.

The funeral service for Jeanne Ann will be held at 11:00 AM on Friday, July 1, 2011at The Wichmann Funeral Home, Tri County Chapel, 3212 S. Oneida Street in Menasha. Rev. Daniel Thews of Faith Lutheran Church will officiate, with burial to follow in Highland Memorial Park. Friends may call directly at the funeral home on Friday morning from 9:00 AM until the hour of the service.