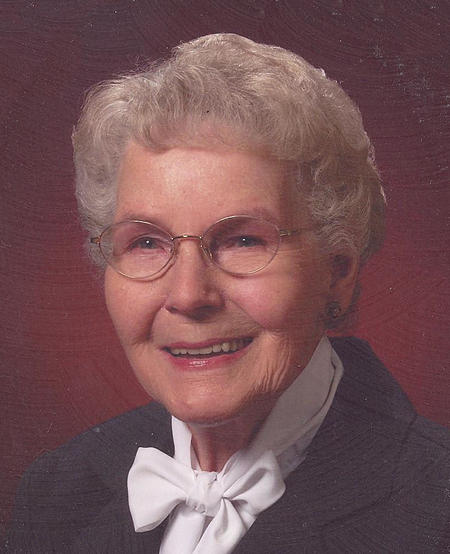 Jeanette O. Christie, age 96, passed away on Wednesday, October 2, 2013. Jeanette was born on November 22, 1916 to the late Albert and Minnie Olson. She graduated from Waupaca High School in 1935, and six months later, married Frank Christie in Crown Point, Indiana. Jeanette loved to read, and sew. Jeanette spent many Sundays teaching Sunday school at Emanuel United Methodist church in Appleton. She also worked for 15 years at Bowlby Candy Store in Appleton.

She was preceded in death by her loving husband, Frank Christie; and her grandson, James Christie; and two sisters: Doris Weiss and Joyce Behm.

A private funeral service will be held for Jeanette at a later date. Memorials may be directed to Emanuel United Methodist Church. Online condolences may be offered at www.wichmannfargo.com.