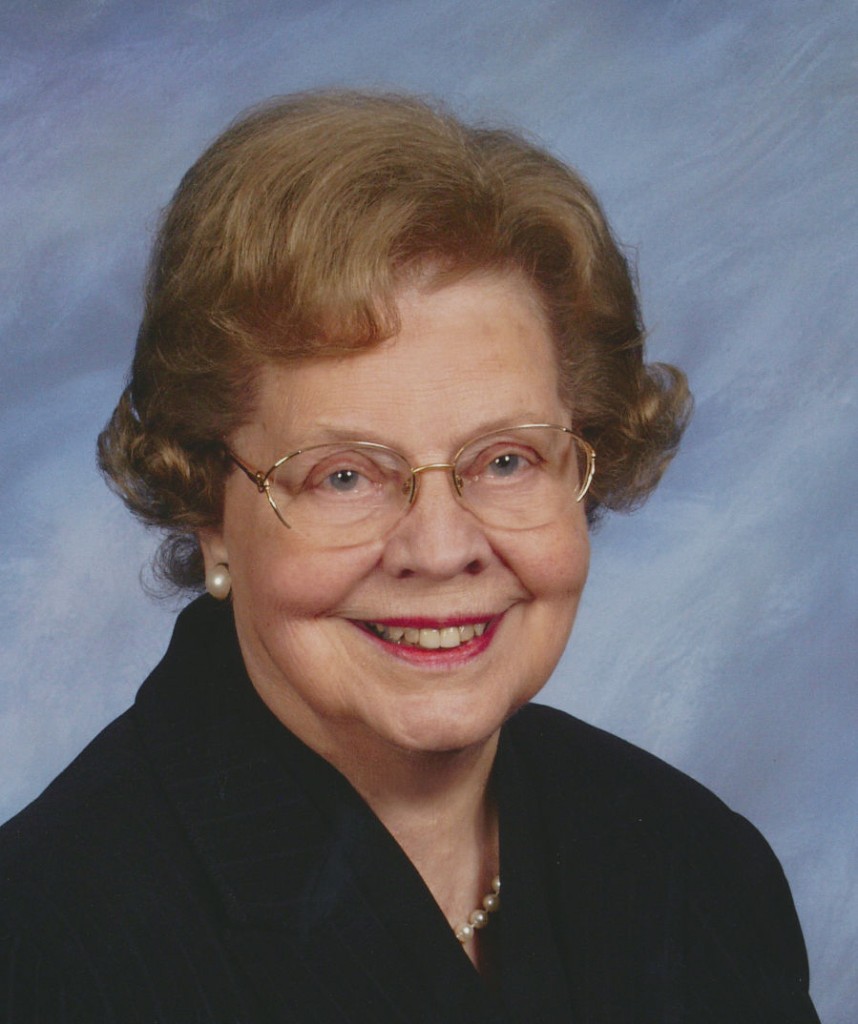 Jean Schulz Schleis passed away on Saturday afternoon, May 18, 2019, at the age of 97. She was born in Kewaunee on November 6, 1921, daughter of the late Dr. Walter and Helen (Hagemeister) Kieweg. Jean grew up in Kewaunee, and as a young woman enjoyed swimming in Lake Michigan and spending summers at summer camp at Loon Lake. In high school, she played the flute in the band and was also the drum major. Her sister Betty, later married Frank Hamachek.

Jean attended Lawrence College in Appleton, and later worked at Home Mutual Insurance. While singing in Mr. Maesch’s choir, she met Lester Schulz, and later the couple married on September 28, 1946. After moving to Elkhorn, their daughter Gretchen Jean was born.

The couple again relocated, this time to New London, where Lester taught at the high school and Jean worked as a secretary for National Mutual Benefit Insurance Company. Three years later, they moved to Appleton where Jean was involved in many organizations for many years. During this time, she worked at all three downtown Ford Drug Stores as well as selling World Book and Childcraft encyclopedias for many years. In 1976, the family moved to Black Creek, only to see Lester pass away in 1977.

In 1986, Jean married an old high school friend, Matt Schleis. They enjoyed years of happiness until his death in 1993.

Jean is survived by her daughter: Gretchen (David) Rahmlow of Appleton, and their children Todd Rahmlow and Dr. Heather (Dr. Brian) Grandaw.

Jean was the last of her generation and leaves behind many beloved nieces and nephews in the Schulz, Hamachek, and Schleis families.

The Christian Funeral Service for Jean will be held at 5:00 PM on Wednesday, May 22 at St. John Lutheran Church, N3505 Highway 47 North in Appleton, with Rev. Mark Gartner officiating. Private burial will take place at Highland Memorial Park. Family and friends are invited to gather at the church on Wednesday afternoon from 3:00 PM until the time of the worship service. Memorials may be directed to St. John Lutheran Church or ThedaCare.