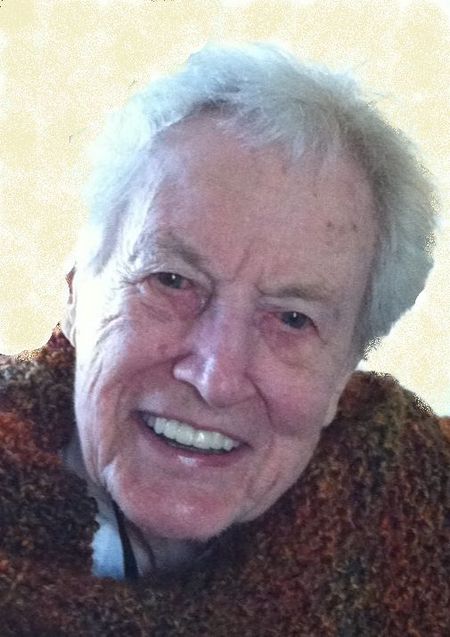 Jean Saunders Miller, age 93, passed on Wednesday, December 18, 2013, at Century Oaks in Oshkosh. Jean was born on February 10, 1920, in Wadena, Minnesota, to the late Benjamin and Ruth Saunders. She grew up in the small town of Parkers Prairie, Minnesota. She was the oldest of three children.

Jean graduated from Carleton College in Northfield, MN. with a B.A. in history and taught history at a girls' high school in South Dakota for a short time after college before she married her college sweetheart, Arild “Spike” Miller. Together they moved to Oak Ridge, Tennessee and Chicago where Arild, a chemist, worked on the Manhattan Project during WWII. After the war, they moved to Yellow Springs, Ohio, and back to his alma mater in Northfield. In 1957, the family traveled to Copenhagen, Denmark where they spent 6 months on sabbatical and traveled around Europe in a VW camper. In 1960 the family moved to Appleton, Wisconsin, where Arild joined the faculty of the Institute of Paper Chemistry until his retirement, and subsequent death in 1998.

Jean was an avid reader until she developed macular degeneration when she became a “listener”, to books on tape. She loved music, singing in the church choir and playing in the bell choir at First United Methodist Church in Appleton. She also was active in the United Methodist Women, Fine Arts Club, AAUW, and PEO where she was a member for over 70 years. She and Arild were strong supporters of Carleton College alumni activities and fund-raising. As the wife of a Danish-American and the daughter of a Swedish mother, she was proudly Scandinavian.

After their retirement, Jean became an active volunteer with Project Bridges, a multi-cultural day care, taught English as a Second Language to the Hmong community, and delivered meals to senior citizens through Meals on Wheels.

Memorial services will be 11:00 a.m. on Saturday, January 25, 2014, at FIRST UNITED METHODIST CHURCH, 325 E. Franklin Street, Appleton. Friends may call directly at the church on Saturday, January 25, 2014, from 10:00 a.m. until the time of services. Interment will be in Riverside Cemetery, Appleton. A memorial has been established in Jean's name to benefit the Scholarship Fund of the P.E.O.

“God shall wipe away all tears”