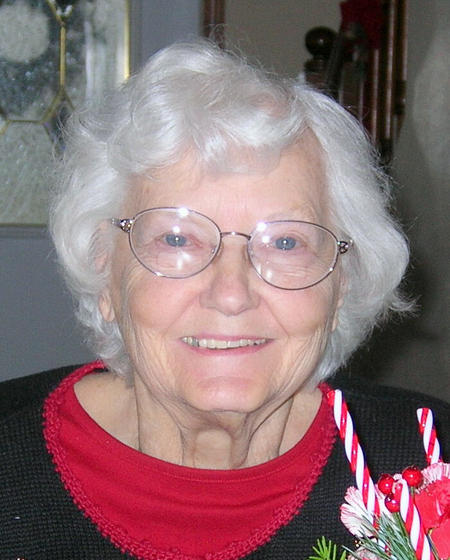 Jean E. Richter, 87, of Appleton, died Saturday December 11, 2010, at Appleton Medical Center. She was born December 11, 1923 a daughter of Raymond and Elizabeth (Zerbel) Feavel. Jean married Rudolph “Rudy” Richter on April 7, 1943 at First United Methodist Church in Appleton. He preceded her in death on March 16, 2000.
Jean was a life long member of First United Methodist Church and a member of the Eastern Star.
She is survived by a daughter: Jeannie (Rod) Roller of Greenville; two sons: Rod Richter of Phelps and Greg (Mary) Richter of Menasha; eight grandchildren, Paul (Tracy) Roller, Melinda (Dan) Bennett and Amy Roller; Marnie Richter (Shane Schroeder) and Bree (Josh) Emery; Heather (Mike) Stevenson, Vicki Schmidt (Chris Sipple) and Conni (Brian) Wedin and fourteen great grandchildren. Further survived by her brother: Jack (Angie) Feavel of Appleton; two sisters-in-law: Marian Sage of Oshkosh and Margaret Krentz of Oshkosh.
Jean was preceded in death by her sisters: Ione Laabs and Margie Schultz.
A private family gathering will take place in the spring. Inurnment will be at Highland Memorial Park, Appleton.
The family would like to thank the caregivers at Emerald Valley Assisted Living, the staff at Appleton Medical Center and ThedaCare at Home Hospice.