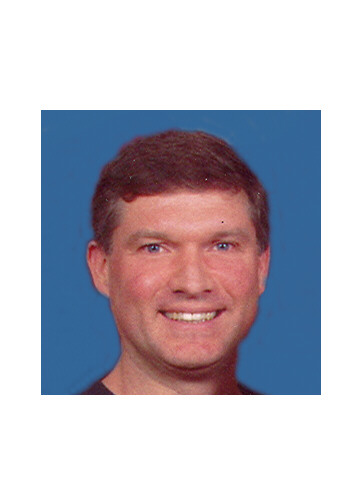 Age 44, was called to heaven on September 26, 2004 following a courageous battle with a rare form of lymphoma. Jason left this world surrounded by his family and wrapped tightly in love.

Jason was born in Appleton on April 13, 1960, the son of Don and Deloris (Maltbey) Fischer of Little Chute. He graduated from Little Chute High School in 1978, and completed his sheet metal apprenticeship at Fox Valley Technical College. Jason worked for many years in the sheet metal trade and was an awesome tinner. Many of his co-workers will attest to being envious of his skills. In April of 1990, he joined SCA Tissue, where he continued his employment until his health failed this past spring. Foremost in Jason‚Äôs life, was an ongoing theme of always helping others. He had an incredible ability to fix anything, and used his talents freely and willingly whenever called upon. Jason was actively involved with all of his children‚Äôs events: He was a Tiger Cub Leader, Cub Scout Leader, an assistant coach for football, baseball, and track, and a helper for his son‚Äôs wrestling program. He enjoyed hunting and fishing, especially with his sons.

On June 22, 1990, Jason married the love of his life, Patty, at Faith Lutheran Church in Appleton. The couple devoted their lives to their children and to each other. Jason told Patty many times each day that he loved her. It was so evident ‚Äì he lit up each time she entered a room. In addition to his wife Patty, Jason is survived by his children: Kelly Hamilton (Michael Hurley) of Schaumburg, Illinois; Josh Fischer who currently attends the University of Wisconsin ‚Äì Milwaukee; Brian Fischer who currently attends Augsburg College in Minneapolis; and Nicholas Fischer at home. Jason was greeted in heaven by his dearly beloved baby girl Danielle Marie Fischer, who died November 18, 1998. Other survivors include his parents: Don and Deloris Fischer of Little Chute; three brothers and their families: Bruce (Karen) Fischer of Black Creek and their daughters Melissa who is Jason‚Äôs godchild and Nicole; Steve (Vicki) Fischer of Combined Locks and their children Eric and Courtney; Rich (Lisa) Fischer of Little Chute and their children Ashtin, Alex, and Cole who is Jason‚Äôs godchild. Jason is also survived by Patty‚Äôs parents: Don and Mary Fulcer of Appleton; Patty‚Äôs brothers: Jim (Dawn) Fulcer of Appleton and their children Lindsay and Brady; John (Joan) Fulcer of Appleton and their children Kevin and Stephanie; Patty‚Äôs sister: Sarah (Kevin) Klein of Neenah and their son Kyle; his grandparents Ida Fischer and Warren (Selma) Fulcer, as well as numerous aunts, uncles, cousins, and his many good friends. In addition to Danielle, Jason was preceded in death by his grandparents Carl Fischer, George and Marie Maltbey, Leo and Geraldine Livingston, and a brother-in-law Paul Weber.

A service to celebrate Jason‚Äôs life will be held at 11:00 AM on Thursday, September 30, 2004 at CHRIST THE KING LUTHERAN CHURCH, 601 S. Washington Street in Combined Locks with Rev. Doug Bisbee and Rev. Bill Schroeder officiating. Interment will be in Highland Memorial Park. Friends may call at the funeral home on Wednesday from 4 ‚Äì 8 PM and again Thursday at the church from 9 AM until the hour of the service. The pastors of Christ the King will lead a prayer service at 8 PM Wednesday at the funeral home. In lieu of flowers, a memorial fund has been established.

Jason‚Äôs family extends their heartfelt thanks to his co-workers in the maintenance department at SCA Tissue Plant 1 who gave of themselves unselfishly and generously to assist the family during Jason‚Äôs illness. Additional thanks to everyone who cared for Jason at St. Elizabeth Hospital, especially Dr. Geller, the nursing staff at 4-South, and the ICU staff. We know you are a compassionate, dedicated, and special group of people. Words cannot ever express our thanks for all you have done. For the countless friends and family members who have assisted the family we send to you our deepest gratitude. Your love has helped to make this most difficult time easier to bear.

Jason was an incredibly strong, loving husband, father, son, brother and friend. He lovingly left with his children memories so wonderful and vivid – they will be forever grateful to their dad.

Dad ‚Äì thank you for being the greatest fan of our lives. Love, your kids.

Jason, I will love you forever and always. Remember ‚Äì always. Your love, Patty.