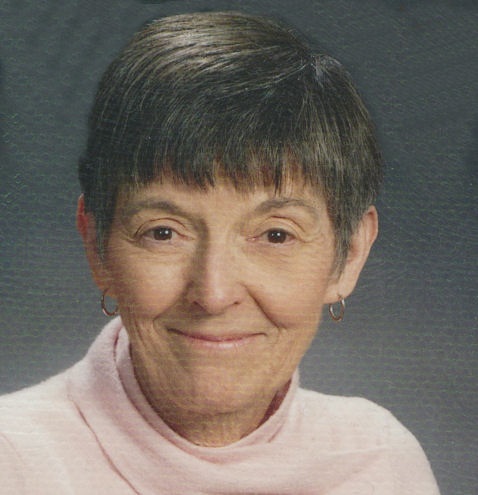 Janis K. Schroth died Wednesday, November 4, 2015, in Appleton, Wisconsin, after a brief illness. Janis was born to Orville Hardin and Marian Hardin on October 13, 1935 in Flint, Michigan, and was raised on her family's farm in Logan County, Illinois. Janis graduated from Lincoln High School in 1953, earned her RN from St. John's Hospital School in Springfield, Illinois, and her BS from Saint Louis University. She married Stanley E. Schroth at St. Patrick's Catholic Church in Lincoln, Illinois on August 27, 1960. A resident of Appleton since 1969, Janis was a longtime member of St. Pius X Catholic Church and enjoyed spending time with her family, reading, traveling, and being outdoors. Janis worked as a school nurse for the Shiocton School District and then for the Outagamie County Public Health Division as a county nurse until her retirement in 2000.

She lived for her children: Stephen, Anne (Kees), John (Jessica), Paul (Carol), and Karen (Jerome); and her grandchildren Rachel, Katherine, Pieter, Robert, Madeline, Elizabeth, Mary, Brigit, and Thiago. She is also survived by her brother: Tim, and her sister-in-law: Kathy Hardin. Janis was preceded in death by her husband, her parents, her mother- and father-in-law Clara and Henry Schroth, her sisters-in-law Evelyn and Marguerite Schroth, and her brother-in-law Irvin Schroth.

A memorial mass for Janis will be held at 11:30 AM on Monday, November 16, 2015 at St. Pius X Catholic Church, 500 W. Marquette Street in Appleton, with Fr. Thomas Farrell officiating. Friends and relatives are invited to gather at the Wichmann Funeral Home, 537 N. Superior Street in Appleton on Sunday, November 15 from 4:00 PM until 7:00 PM and again Monday at the church from 10:30 AM until the time of the mass

Janis was a generous woman who was always ready to help anybody. Whether it was as a mother, nurse or volunteer, or gifted pie baker, she brought joy to many people.