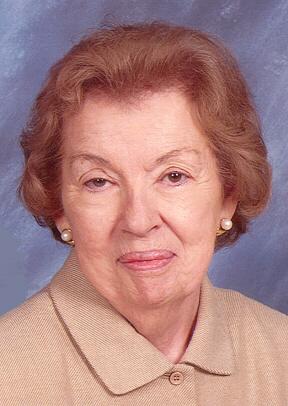 She attended Southside High School and graduated in 1946 as class valedictorian, editor of the school paper, and president of her sorority.

At a time when relatively few high school graduates were financially able to go on to college, Jan was able to earn her B.A. degree at Elmira College through receiving a prized New York State Regents Scholarship, along with an Elmira College Scholarship after being named the outstanding girl in her class.

Chuck?s graduation from RPI in 1952 was followed by a series of job-related moves including Buffalo, Portsmouth, New Hampshire, Syracuse, Rochester, Cincinnati, and Dayton, before moving to Appleton in 1971. Their greatest joy during those years was the birth of their sons Mark in 1955 and Paul in 1958 during the time they lived in Rochester, New York.

Jan was a stay-at-home mom, as was customary in those days, until Mark and Paul were in high school and middle school, respectively. She then decided to fulfill her dream of becoming an elementary school teacher by getting her teaching credentials at Wright State University in the Dayton area. She taught for one year in Kettering, Ohio and then taught second grade at Jefferson School for seventeen years after moving to Appleton in 1971. This was her true calling, much more than just a job.

After retiring from teaching in 1988, Jan decided to continue her love of teaching through adult literacy programs which existed at that time. When she learned about the outstanding programs carried out by literacy councils in other Wisconsin communities, she became the moving force in creating what ultimately became the Fox Cities Literacy Coalition. She later served as both a mentor and tutor for children. Finally, she served as a volunteer client interviewer with LEAVEN for over ten years, and treasured the friendship of the other Monday afternoon volunteers and LEAVEN staff.

Among Jan?s many interests were travel, art, reading, gardening, bridge, and Broadway musicals. She enjoyed her travels with Chuck from one end of Europe to the other via Eurail, auto, and bed-and-breakfast lodgings, with the great art museums and breathtaking gardens of Europe as the top priorities. Many vacation trips to New England, especially Cape Cod, and winter stays in the San Diego area after retirement were also special. Jan?s caring nature and infectious laugh endeared her to many friends wherever she lived. But it was her family, her two sons and their wives and four grandsons, which she cherished most of all.

She was preceded in death by her parents and brothers, James and Jack Ewing.

The memorial service for Janice will be held at 1:00 pm on Sunday, September 5, 2010 at MEMORIAL PRESBYTERIAN CHURCH, 803 E. College Avenue, Appleton. Rev. Richard Moore will be officiating. The family will receive friends at the church from 12:00 noon until the time of service.

In lieu of flowers, memorial contributions may be made to the Charles and Janice Lewis Fund for Youth Mentoring (Community Foundation) dedicated to connecting at-risk children with caring adult mentors.

Jan?s family would like to thank all the staff and volunteers at ThedaCare at Home Hospice, especially Amy, Amber, Celeste and Kathy, for your excellent care and compassion.