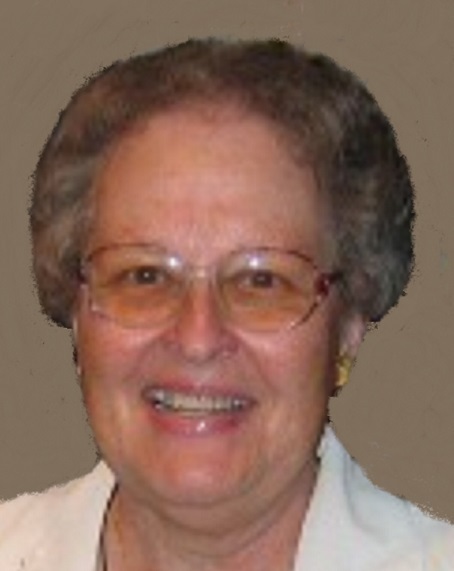 Janet Linskens, age 82, passed away peacefully on Friday morning, January 6, 2017. Alzheimer's Disease posed a battle that was too great. Janet was born in Kaukauna on November 2, 1934, daughter of the late Jacob and Leone (Krueger) Weyenberg. She was a graduate of the Kaukauna High School, and went on to earn a certificate as an LPN. On June 16, 1956, she married Robert Linskens at Holy Cross Catholic Church in Kaukauna; he preceded her in death in 2008.

Jan was a lifelong and faithful member of St. Edward Church in Mackville where she was a member of the Christian Mothers' Society and enjoyed attending daily mass and having breakfast with friends. Jan will be remembered as a loving wife, mother, and grandmother who loved spending time with her family. She also supported Bob during his three bouts with cancer. Jan enjoyed collecting dolls and giraffes, and was an avid Packer fan. Over the years, she attended many fairs and races as she supported Bob and his hobby of harness racing. In later years, the couple spent their winters at their home in Florida. They looked forward to returning to Appleton to watch their grandchildren play baseball, basketball, and run cross country. In addition, the family spent a week together every August at Telemark in Cable, Wisconsin.

The funeral liturgy for Jan will be held at 11:00 AM on Tuesday, January 10, 2017 at ST. EDWARD CATHOLIC CHURCH, Highway 47 North in Mackville, with Rev. Walter Stumpf officiating. Interment will take place at Holy Cross Cemetery, Kaukauna. Family and friends are invited to gather at St. Edward's Church on Tuesday morning from 9:00 AM until the time of the service. In lieu of flowers, a memorial fund is being established for the Alzheimer's Association.

The family would like to offer their sincere thanks to the ladies from St. Edward's for their frequent and loving visits, to everyone at Heartwood Homes for their exquisite care of Jan, and to the special angels from ThedaCare at Home Hospice for their love. We will never forget your kindness. For more information or to share a memory of Jan, please visit www.wichmannfargo.com.