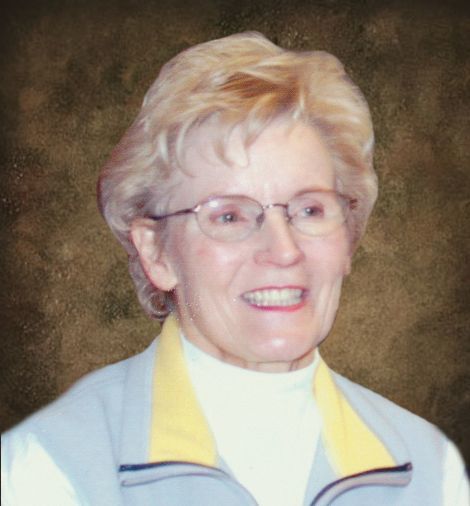 Janet Grace Zwicker died Sunday, August 28, 2016 with family members and her puppy Fritzy at her side. She was born on March 5, 1934 in Appleton, Wisconsin, the daughter of the late Chester and Amanda (Roth) Peters. On July 22nd 1950 she married the love of her life, David Lyle Zwicker and they recently celebrated their 66th wedding anniversary. Together they raised their six children.

Janet was a devoted wife and mother, an accomplished cook and dedicated home maker. She was a member of the Appleton Yacht Club, belonged to the Manhattan Dance Club and provided desserts for Faith Lutheran Church. She also completed the Dale Carnegie course, How to Win Friends and Influence People.

She will be remembered for her knowledge of herbs and the wonderful herb garden that gave the perfect touch to her culinary meals. Her unique sense of humor was infectious and put people at ease wherever she went. She was also a faithful servant of the Lord. Her favorite Bible verse was Psalm 23:4.

Janet and Dave lived in Appleton and Egg Harbor. They enjoyed their summer home in Door County with its beautiful flower beds and scenic water views. The cottage provided many family memories throughout their life.

The funeral service for Janet will be held at 12:00 Noon on Friday, September 2, 2016 at FAITH LUTHERAN CHURCH, 601 E. Glendale Avenue in Appleton, with Rev. Rudy Herbrich officiating. A private entombment will take place at Highland Memorial Park. Visitation for family and friends will be on Thursday, September 1, from 3:00 PM until 7:00 PM at the Wichmann Funeral Home, 537 N. Superior Street in Appleton, and also at the church on Friday morning from 10:00 Am until the time of the service. A memorial fund has been established in Janet's name at Faith Lutheran Church.

The family would like to thank Pastor Rudy Herbrich for his many hours of home visits. Special Thanks to Jan's Caregivers, Carmen Whitby and Lisa Kappus, for their tireless devotion and compassion. Thanks also to Shelby of Heartland Hospice, for the “Special Care” that she provided.