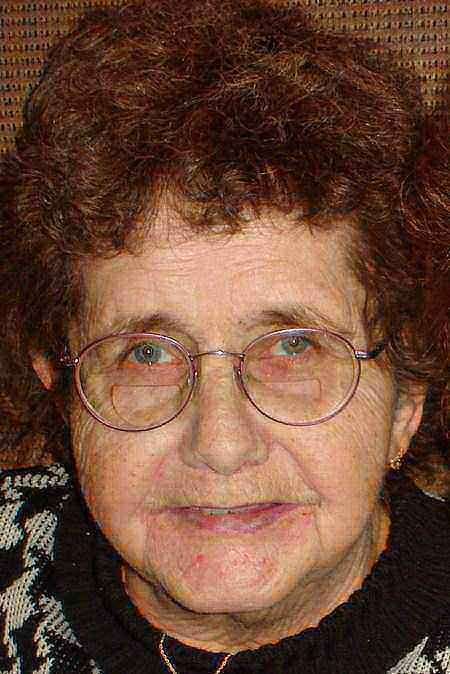 Janet E. “Peanut” Gennigen, age 77, passed away on July 8, 2012 at Rennes Health and Rehab Center in Appleton with her family by her side. She was born on January 25, 1935 in Green Bay, the daughter of Clarence and Gertrude (Nelson) Knutson. She graduated from Hortonville High School in 1953.On May 17, 1958 she was united in marriage to Paul Gennigen at Trinity Lutheran in Appleton. Their marriage was blessed with three children. Janet enjoyed going fishing at their cottage on Lake Metonga in Crandon, and playing bingo at Mole Lake. She was an avid Brewer and Packer fan, and she enjoyed doing crossword puzzles as well. Janet held a special place in her heart for all of her family.
Janet is survived by her husband Paul of 54 years, three children, Sue (Steve) Zelinske of Menasha, Sandy (Chris) Flenz of Hortonville, Jim (Theresa) Gennigen of New London; five grandchildren: Ryan Flenz, Kelly Flenz, Jesse Gennigen, Kayla Gennigen , and Michael Zelinske; one sister Patty (Raymond) Trudell; one sister-in-law, Janet Gennigen and one brother-in-law, Alfred Jochman. Further survived by many nieces, nephews, and dear friends. She was preceded in death by two sisters, Ruth Jochman and Norma (Ronald) Knuth, and one brother-in-law Roman Gennigen.

Services will be held at 11:00 AM, Wednesday July 11, 2012 at Trinity Lutheran Church, 300 Broad Street, Menasha; with Rev. Steven Billings officiating. Friends and family may call at the church from 10:00 AM until the time of service. Burial will take place at Riverside Cemetery, Appleton.
The family would like to give great thanks to Dr. Lauderdale at St. Elizabeth's Hospital and the ICU staff that took such great time and care with Peanut, your care will never be forgotten.