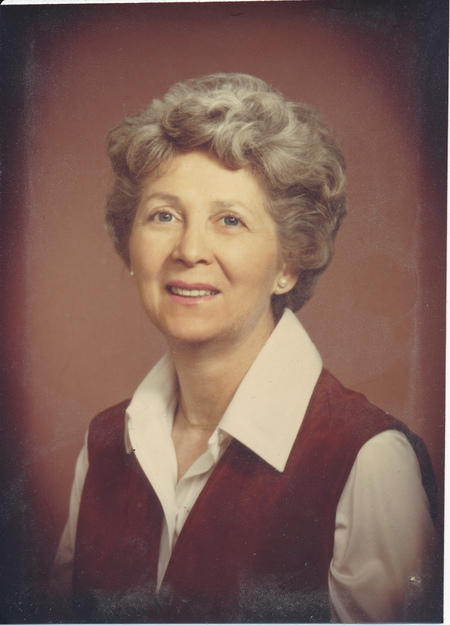 Jane Williams, cofounder of the Mosquito Hill Nature Center, died in her home Wednesday, June 6th, at age 89. She was surrounded by her family, in her daughter's arms, with her beloved Siamese cat on her lap. She had suffered a stroke two months earlier.
Jane was born in Rochelle, Illinois, on October 12, 1922, to Ralph and Orva Cleveland. Jane first attended Carleton College in Minnesota, then transferred to the University of Wisconsin where she graduated. There she met her husband Lloyd on a blind date. They were married on December 23, 1943, and were together for 66 years. They supported, challenged and entertained each other, were devoted to each other until his death in February of 2010.
They had four children, Tom (Jill), Chuck, Wendy (Michael), and Jim (Melissa).
These children gave her Quinn (Bernie), Sari (Kip), Sam (Erin), Chip (Kelly), Richard, James, Caroline, and Anna. They, in turn, gave her Kayla Rose, Hunter, Lauren, Jade, Evelyn, and Teegan.
Jane had an abiding love of nature, children and learning. These loves were the force behind her visits to elementary schools where she would bring her screech owls, animal pelts and skulls, slide projector and slides. She wanted children to learn about nature and to treasure it. She understood reaching children early in their lives was the best way to interest them in the out of doors. Ultimately she realized she could have a greater impact, reach more children, if they could come to a separate place where her displays could be permanent. Together with her great friend, Alice Zeiss, she established the Mosquito Hill Nature Center in New London. As a firm believer in volunteerism, she and Mrs. Zeiss organized the Volunteers of the Mosquito Hill Nature Center. These trained, enthusiastic Trail Guides provide tours of the Nature Center to more than 100 school groups each year. Now people of all ages are drawn there. Over 15, 000 visit the Nature Center annually, more than realizing her dream of exposing people to the beauty of nature.
These volunteer activities earned her the Paul and Elaine Groth Mentoring Award in 2004.
Jane's influence and energy could be felt throughout the state. In 1962 she was asked by the governor to help the Menominee Indian women as the tribe transitioned from reservation to county. She formed the Friends of the Menominee, and established a long time friendship with the Sanipaw family. Jane was an active supporter of the Pine River Dam Association to help rebuild the Pine River dam. She and her husband Lloyd built a cabin there and she felt a strong commitment to the area.
Jane continued to challenge herself and grow throughout her life. She loved bridge and became a Bronze Life Master. Until recently, Jane was an active participant at the Appleton Bridge Room.
Friends were an integral part of her life. Jane cherished her bridge group, book club and the “Great Good Place”. She will be missed. The sheer force of her personality affected and inspired all who met her.
Funeral services will be at 11:00 a.m. on Saturday, June 9, 2012, at MEMORIAL PRESBYTERIAN CHURCH, 803 East College Avenue, Appleton, with Rev. Nelson Craig officiating. Friends may call directly at the church on Saturday from 10:00 a.m. until the time of services. As she requested, her family will scatter her ashes at her Thinking Bench at the cabin in Pine River. In lieu of flowers, donations may be made to the Mosquito Hill Nature Center or to the Salvation Army.