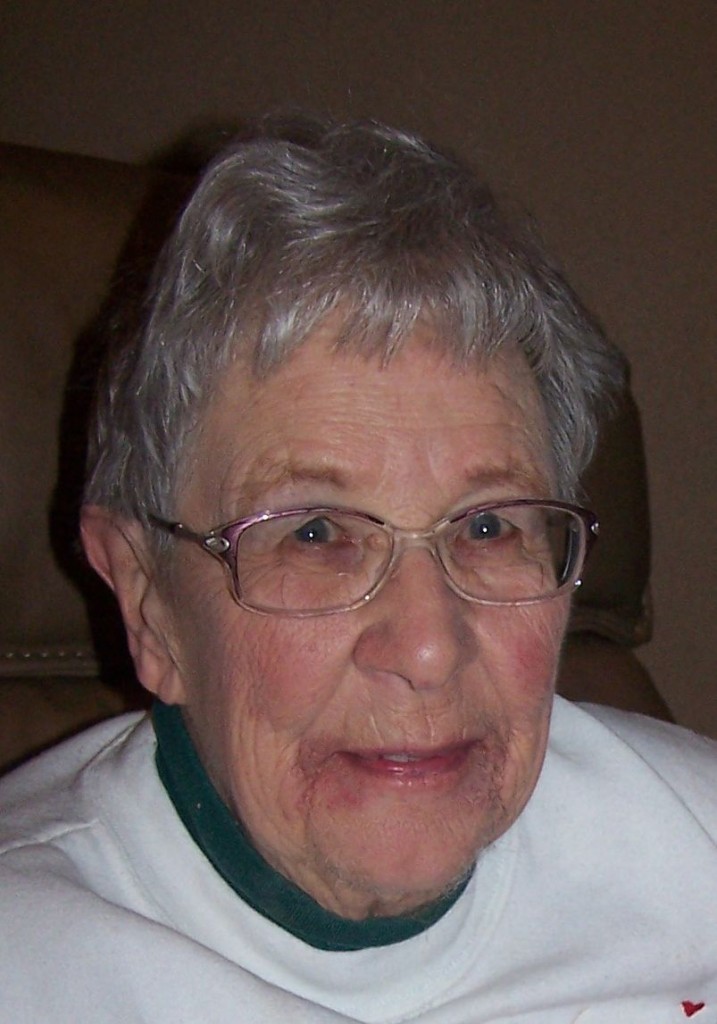 Jane R. St. John age 87, of Kaukauna, passed away Monday evening, April 1, 2019 surrounded by the love of her family. She was born May 4, 1931, to the late Fred and Louise VanderBloomen in Kaukauna, WI.

Jane, often affectionately called “Jungle Jane” by some, was nothing short of a legend. She was one feisty “Hollander”, a spitfire with enough spunk to truly last a lifetime! She loved a stiff Old Fashioned, made with Southern Comfort (the finest liquor in her eyes), and she loved her husband, family and friends even more. She and her late husband Emil raised their 4 children to love deeply, enjoy the little things, and to kick back and have a good time! Ever the doting grandmother (and Great-Grandmother), she showered her family with poems and jingles she wrote, plenty of hugs and kisses, “pizza money” in birthday cards, her famous oyster crackers and sweets galore. On weekends she could be heard all the way down the block screaming and cheering at Tiger Woods or the Packers on TV, or laughing with her loving apartment neighbors; together they showed the world that “The Golden Girls” wasn't just a TV show. Jane did everything in her life with her heart overflowing, and those she is survived by will carry on that abundance of her love and treasure it always.

She was a member of Holy Cross Catholic Church.

The funeral liturgy for Jane will be held at 1:30 pm, Saturday, April 6, 2019, at HOLY CROSS CATHOLIC CHURCH, 309 Desnoyer Street, Kaukauna, WI with her nephew, Deacon Gregg St. John, assisting. Friends may call on Saturday, from 11:30 am until the time of the mass at church.

Thank you to Dr. Joseph Graunke and staff at the Kaukauna Clinic, St. Paul Hospice in addition to her wonderful friends on Joyce Street.