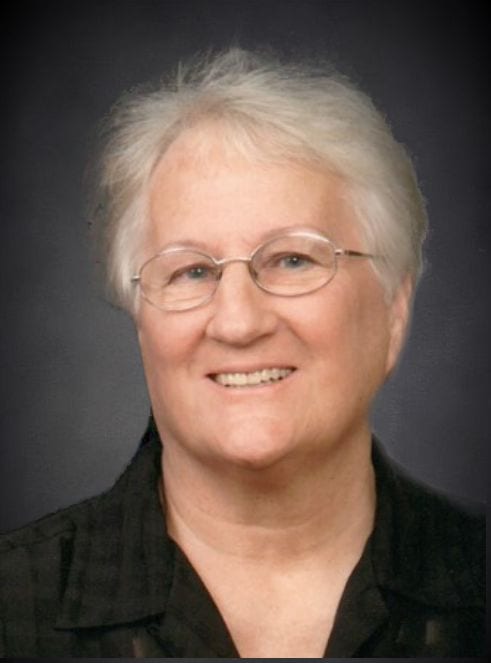 Jane L. (Roehr) Hughes, 82, of Appleton passed away on Friday, January 17, 2020. She was born on February 6, 1937, to the late Walter and Esther (Bash) Roehr, in Appleton. Jane spent her summers on Jungle Lake near Crandon with her family at their cottage in the woods. She earned a Bachelor of Fine Arts, in 1959, at the college her parents met at, DePauw University in Greencastle, IN. Jane was united in marriage to Tom Hughes on August 29, 1959, at First United Methodist Church in Appleton. She was a lifelong member of First United Methodist Church where she and Tom enjoyed meeting with the Flame Group. Jane was the ultimate homemaker, bread baker, seamstress, and quilter. She took delight in painting, crafting jewelry from silver, playing piano, listening to music, and creating pottery. Jane enjoyed telling stories to her grandchildren and was an avid Packers fan. She was a member of the Apple Artisan group that would get together to showcase their artwork. Jane and her husband were the owners of Memories Antique Mall in Little Chute, Sun City Tanning Salon and numerous rentals that Jane managed for many years. After the sale of the businesses they enjoyed traveling. Jane moved to Primrose Retirement Community last year and was fond of her stay there, she made friends and the staff was always very caring.

Jane was preceded in death by her husband Tom Hughes.

The family would like to thank the staff at Primrose Retirement Community for the care they showed to Jane.