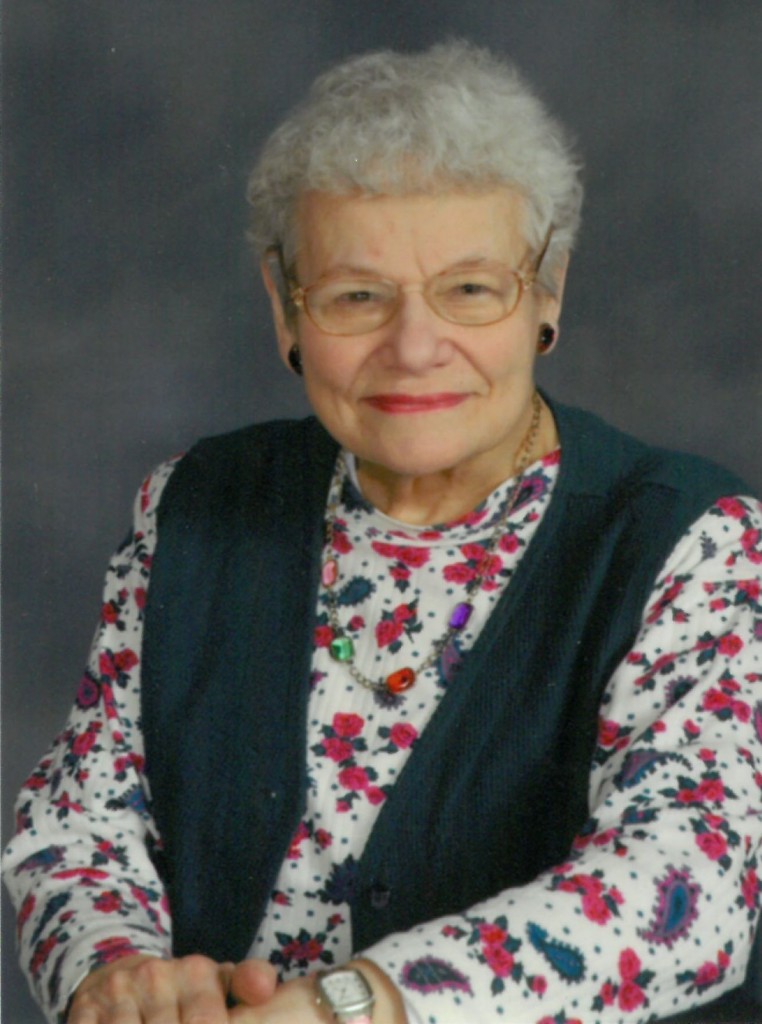 Age 87, passed away in Appleton, WI, her home for the past 32 years on June 24, 2018. Jane was born in Chicago, IL in 1930 and was named after the famous social worker Jane Addams of Hull House, where Jane's mother worked. Jane was a proud native Chicagoan, just like her mother and grandmother, who survived the Chicago Fire of 1871. Jane was the only child of George R. Crandell and Virginia Pauline Rozanski Crandell. Jane graduated from Senn High school and a business college in Chicago. In her lifetime she was employed at three different banks in various capacities.

In 1952 Jane married George D. Cousins and they remained married for 55 years until his death. The family moved to St. Paul, MN in 1970 due to George's work transfer. The couple's favorite vacation was to the Hawaiian Islands for their 25th wedding anniversary. They enjoyed square dancing in their 40's and 50's. They moved to Appleton, WI to be closer to their son and his family. Jane was an avid movie buff with an inquisitive mind and an incredible memory for names and dates., She was always questioning and curious. Jane had a gift for gab and didn't like to end a conversation. Her weakness was packzis during Lent. Jane's favorite word was “anyway.” Two of her famous phrases were, “What do you people have a taste for?” and “a little schnitz.” She was still “on the ball” near the end of her life even though some parts were “kaput.”

Preceded in death by her parents, husband George, son James Brian Cousins, stepfather Frank Apitz and first cousins Virginia Buehling Jesse and Donald Buehling. Thanks to the Appleton Retirement Community where Jane lived for seven years and to the Peabody Manor staff and Hospice who took such good care of her at the end of her life.

Funeral services for Jane will be held at 11:00 a.m. on Friday, June 29, 2018, at Emmanuel United Methodist Church (740 East College Avenue) with Rev. Brian Morris officiating. A time of visitation will take place from 10:00 a.m. until the time of service. Memorials to church. Burial in Highland Memorial Cemetery. Online condolences may be expressed at www.wichmannfargo.com