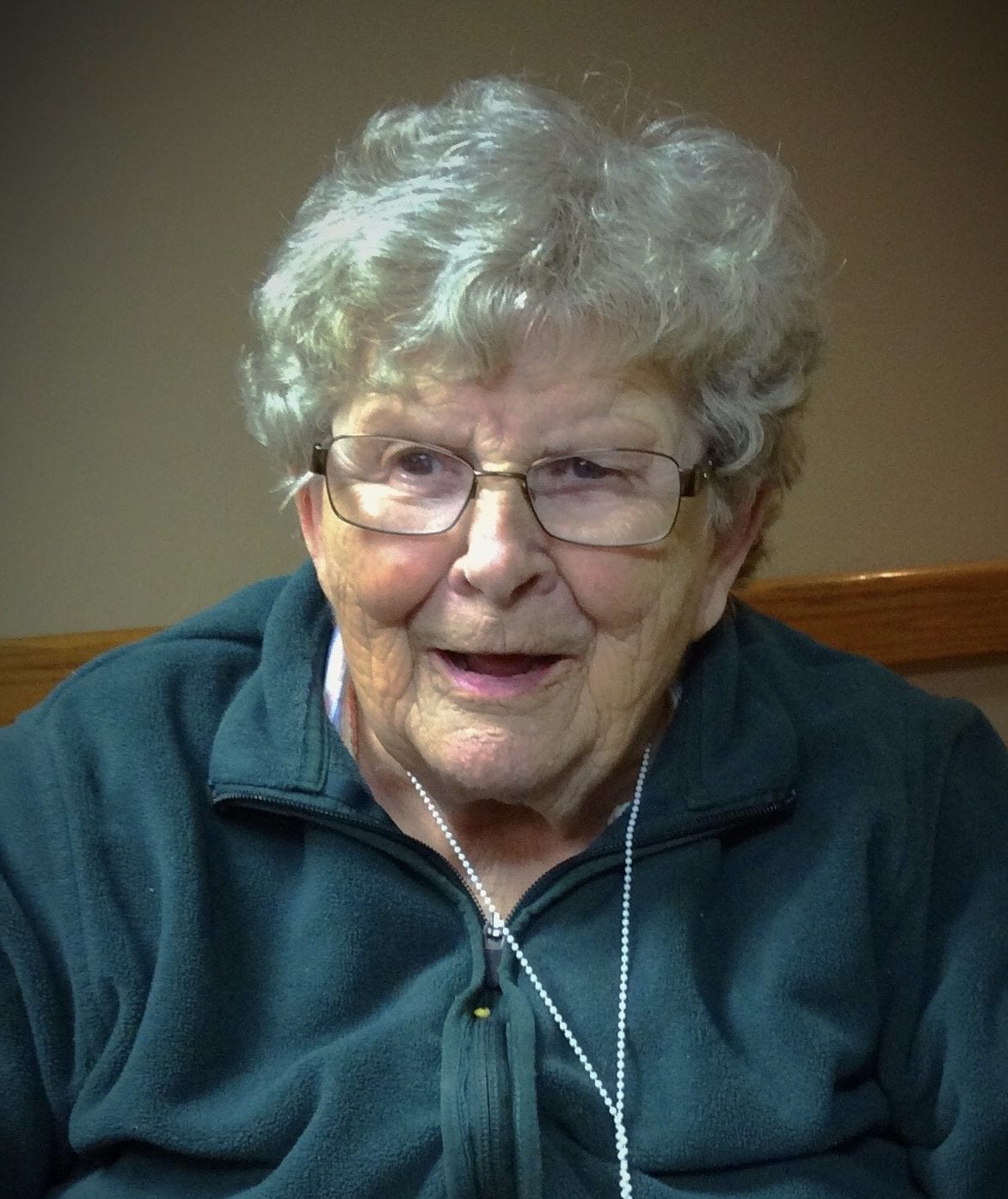 Jane was born in New London and raised in Appleton. She graduated from Appleton High School in 1942. Jane attended Mother Cabrini Memorial Hospital School of Nursing in Chicago, IL. She received her R.N. Degree in 1946. While she was in training, she completed six months in the U.S. Senior Cadet Course. She married Robert Dengel, Sr., on July 2, 1949.

Jane enjoyed hosting family dinners. Every important family event or holiday meant dinner at Mom and Dad’s house. Dinner was often followed by games, both indoor and out. Sunday afternoons were a favorite for playing cards or board games. Mom enjoyed playing defense, and her spirited competition is terribly missed along with her infectious and contagious laugh.

Jane loved her Bingo. It became her ‘sport’. She had strategies for playing and a keen eye for watching her numerous cards. She also enjoyed bowling, going out to lunch, and always had a jigsaw puzzle going.

She was employed by Saint Elizabeth’s Hospital as an R.N. for 40 years until her retirement.

After retirement Jane returned to St. E’s as a hospital volunteer and Eucharistic Minister. It gave her great pride to be able to help others.

She was an original member of St. Bernadette Catholic Church and later served as Eucharistic Minister there for 19 years.

Due to the Covid pandemic, Jane was buried at a private family service.

A memorial has been established in her name.