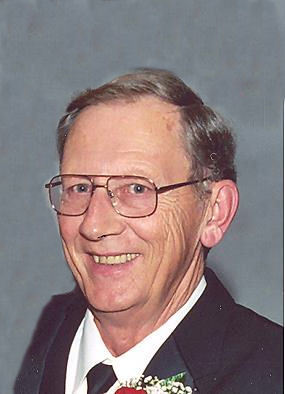 James William Goll, age 74, of Appleton, entered into eternal life on Friday, April 17, 2015 at Matthews Senior Living in Neenah after a battle with Alzheimer's disease. He was born on February 24, 1941 in Milwaukee to the late Milton and Virginia (Heyden) Goll. After serving in the Air Force for four years, he met and married Susan M. Voss on July 9, 1966 at St. Mary's Church in Brillion.
Always with a fishing pole, James enjoyed traveling and camping with his family, especially his brother Fred, who preceded him in death. After retirement, James enjoyed volunteering his time at St. Vincent dePaul.

James is survived by his loving wife of 48 years, Susan; his daughters Sherri (Matthias) Lester of Longmont, Colorado and Lora (Merle) Verhagen of Appleton; a sister Marge Polzer and a brother Donald (Nancy) Goll; a sister-in-law Dolly Goll; five grandchildren; and many nieces, nephews and friends. He is preceded in death by his parents, his brother Fred Goll, his brother-in-law Marvin Polzer, and nephew Jeffery Goll.

A Funeral Liturgy will be held on Tuesday, April 21, 2015 at 11:00 a.m. at ST. BERNARD CATHOLIC CHURCH, 1617 W. Pine Street, with Father Dennis Ryan officiating. Friends may call from 9:00 a.m. until the time of service at church. Burial will be held at Appleton Highland Memorial Park. Online condolences may be offered at www.wichmannfargo.com

The family of James would like to extend a very special thank you to the staff of Matthews Senior Living for the care and concern given to James during his illness. They would also like to thank Hospice Advantage for all of their comforting care.