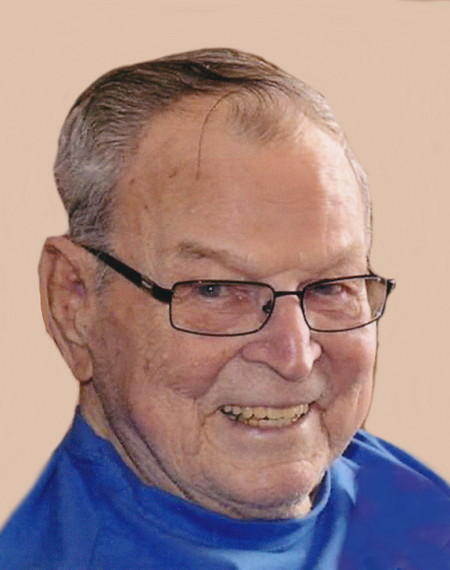 James “Jim” Robert “JR” Schiesl, 88, passed away on Tuesday, January 7, 2014 at Appleton Medical Center. Jim was born on November 7, 1925 in Jefferson to Frank and Catherine Schiesl. He served in the US Army Air Corps during WWII. On September 4, 1948 he was united in marriage to Gertie Clausen. Jim was the Past President of the Federal Land Bank Association. He was trustworthy and honest as any man you could meet and always worked diligently for his customers. Most important to him was his family and the time they spent together and the memories they made will always be treasured. He would always light up when his family would visit. Jim enjoyed golf, traveling, visiting all 48 continental United States, and his Cadillac's. He was a member of St. Thomas More Catholic Church.

The family would like to thank Fr. Falk for everything he has done and Fresenius Dialysis Center staff for all of their care and concern over the past two years.