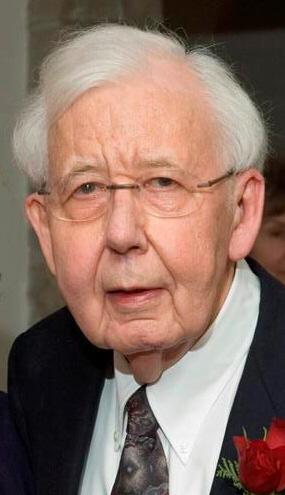 Dr. James Stanley Veum, age 84, passed away peacefully at home on Monday, June 28, 2010. James was born March 3, 1926 in Edgerton, Wisconsin to Nordahl and Hattie Veum. He grew up on a dairy farm in rural Cambridge. He attended Hillside grade school, a one-room schoolhouse, and graduated from Cambridge High School in 1943 as salutatorian of his class. He attended Luther College , Decorah, Iowa for two years and transferred to the University of Wisconsin, Madison in the fall of 1945. It was his father's dream that he become a doctor, so following his undergraduate work, he continued his education at the University of Wisconsin Medical School, graduating in 1950. He served an internship at the University Hospitals in Oklahoma City, Oklahoma, and then a one year family practice residency at Luther Hospital in Eau Claire, Wisconsin. He was drafted into the Army Medical Corps in July of 1952. He completed his basic training in San Antonio, Texas, and was ordered to a Battalion Aid Station in Taegeu, Korea. After his service there, he was transferred to the Tokyo Army Medical Center, caring for Army civilian families stationed in Tokyo. In June, 1954 he returned to civilian life and began his Pediatric Residency at Children's Hospital in Oklahoma City. While working there, he met his wife, Wanda Echols, who was working at the same hospital. They married on December 31, 1955 and then moved to Milwaukee where he completed his residency training at Milwaukee Children's Hospital. In July, 1956 they moved to Appleton where he joined the Medical Arts Clinic (now Affinity Health System) as Appleton's second pediatrician. He worked there for 41 years.

James's life revolved around his family, his church, and his medical practice. He and Wanda raised five children, and were blessed with 14 grandchildren. He also acted as a father to three AFS students, each for a year at a time – Sissel Svahn (Sweden), Sandra Finlayson (Kenya), and Tony Carvahlo (Portugal). James and Wanda always opened their home to their friends and gladly included many others. Anytime people needed a place to stay, whether for a day or a year, he opened his home to them. He was active in his church, First English Lutheran Church, where he served as a communion assistant, a lector, church council committees and in helping to lead the Bethel and Search Bible Studies. He had a great love for classical music and was active with the Fox Valley Symphony Association. He loved being a part of the Sons of Norway, and helped to cook the annual Lutefisk dinners.

James was the beloved pediatrician of three generations of patients. For many years he made house calls to see sick patients, often into the wee hours of the night. He was the kind of pediatrician who would sit kids on his lap so he could talk to them at eye-level while he gently explained to them their illness and the cure. He would cry with the parents who had to deal with the death of their child. Wherever he went, he always carried his “little black bag” of essential medical equipment, because he never knew when someone would need his help. Even after patients were too old to be his patients anymore, he was always there to help them in a crisis when they had no one else to turn to. Many of his patients came back years later with their own children so that they too could experience the gentle, loving care of Dr. Veum. He even had a license plate that read, “HUG KIDS”.

In the years after his retirement, James had more time to spend with all his family, and to pursue his love for literature and the arts. He enjoyed taking courses at Lawrence University and the Winchester Academy, and attending the symphony and performances at the Performing Arts Center.

Visitation will be on Friday, July 2, from 4:00-8:00 p.m. at Wichmann Funeral Home, Appleton. The funeral service is at First English Lutheran Church, 326 East North Street, Appleton, at 10:30 a.m. Saturday, July 3, with Reverend Mary Bauer officiating. Friends may also call at the church Saturday from 9:30 a.m. until the time of the service. Burial will be at East Koshkonong Lutheran Church cemetery near Cambridge, WI at 11:00 a.m. Sunday, July 4. In lieu of flowers, memorials may be given to First English Lutheran Church.