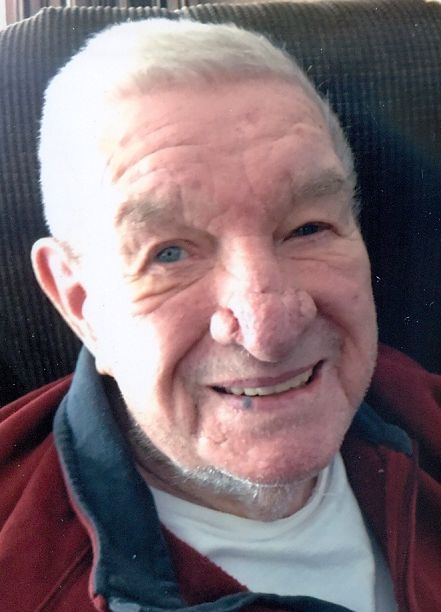 James R. Stein, 90, passed away peacefully surrounded by his loving family on Thursday, February 9, 2017 at St. Elizabeth Hospital in Appleton. He was born to the late John and Mary (Plesser) Stein on February 7, 1927. He married Mary (Muthing) on May 14, 1949, she preceded him in death on April 7, 1982. James worked for Consolidated Papers for 34 years. During his time there he saw the first College Avenue Bridge being built and after his retirement in 1982 he watched the second bridge go up. He loved spending time outdoors hunting and fishing, and traveling to the West, but most of all he was a wonderful father, grandfather, and great grandfather to his whole family.

Funeral Mass will be held on Monday, February 13, 2017 at 11:00 a.m. at HOLY CROSS CATHOLIC CHURCH, 309 Desnoyer Street in Kaukauna with Fr. Tom Pomeroy officiating. Visitation will be held at the church on Monday from 9:00 AM until time of mass.

The family would like to give a special thank you to Joyce Van Wychen for always being there when family needed her, and to Deacon Don Newhouse for visiting with dad every day at the nursing home.