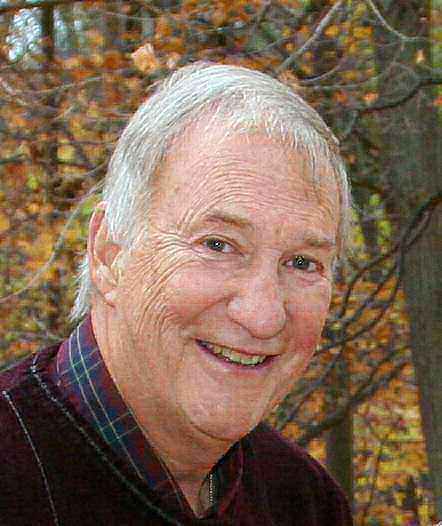 Jim fell asleep in his Heavenly Father's arms due to breast cancer at his home on Monday, April 16, 2007, surrounded by his loving family. He was born in Milwaukee on February 9, 1947 the son of Gustave and Ruth (Molling) Menzel. Jim graduated from the University of Wisconsin-Milwaukee and then went on to teach physical education in St. Francis, WI. On June 14, 1975 he married his wife of 31 years, Alice Ferg. He was a claims examiner at American Family Insurance for over 25 years. Jim loved the outdoors and was a very avid hunter and fisherman.

Jim is survived by his wife, Alice; son, Michael (Amy) Menzel and his daughter, Megan Menzel; mother, Ruth Menzel of Milwaukee; brother, John Menzel of Mountain Home, AR; sister, Jill Menzel of Phillipston, MA; aunt; Geraldine Molling of Milwaukee; and his inlaws; Leo and Dolores Ferg of Manawa, Ron Ferg of New York, Russ Ferg of Manawa, and Kay (Jim) Williamson of Appleton. He is further survived by nieces and nephews.
Jim is preceded in death by his father, Gustave, sister-in-law, Martie Menzel, and his dear grandparents.

The funeral service will be at 11:00 a.m. on Friday, April 20, 2007 at SHEPHERD OF THE HILLS LUTHERAN CHURCH, N1516 Meadowview Dr, Greenville with Rev. Paul Shackel officiating. Friends will be received at the funeral home on Thursday from 4:00 p.m. until 8:00 p.m. and at the church of Friday from 9:30 a.m. until the time of the service.

The family extends a special thank you to those who expressed their support through prayers, visits, cards, calls and food.

Jim's goal was to spread God's word. Memorials would be appreciated for Lutheran World Missions.

I have fought the good fight, I have finished the race, I have kept the faith. Henceforth there is laid up for me the crown of righteousness. II Timothy 4:7-8.

Dear Dad, you have been the best dad and husband ever. Don't forget to find the best hunting and fishing spots in heaven for when we join you. We know you will always be with us in whatever we do. Your faith has influenced us forever and we look forward to being with you in heaven one day.
Jimbo, we love and miss you dearly!
Alice, Megan, Mike & Amy