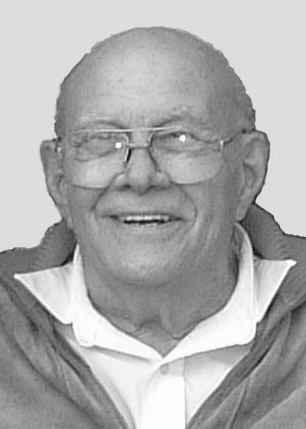 James M. Barnes, D.D.S., of Menasha, passed away into the eternal skies, January 23, 2006, at his home after a valiant battle with cancer. Dr. Barnes was born on May 10, 1929, in St. Paul, Minnesota, the son of the late Cornelius ‚ÄúNee‚Äù and Ann (Brown) Barnes. He was a 1960 graduate of the University of Minnesota Dental School. Jim was married to Betty June ‚ÄúBJ‚Äù (Middlemas) Barnes from 1953 to 1979. They had three children together who now survive him: Cyndy (Mark) Patton, Ramsey, Minnesota; Dr. Kurt (Pamela) Barnes, DDS, Appleton; and Erik (Jean) Barnes, Menasha. Jim is also survived by his grandchildren, Eryn and Zachary Patton of Ramsey, Minnesota; McGyver and Gigi Barnes of Appleton; and Nickolas and Chelsey Barnes of Menasha. His brother, Dr. Jerry Barnes, of Lakeland, Minnesota, who shared his passion of dentistry, also survives him. Jim was married to Janet (Krajcha) Barnes from 1985 to 1990. In addition to his family, Jim will be sadly missed by his dear companion of 15 years, Karene A. Lauer, Menasha. From the time he was a young boy Jim was intrigued with aviation. He obtain his pilot‚Äôs license at age 15 before he learned to drive. James M. Barnes proudly served his country in the United States Navy from 1948 until 1954. He became a naval aviator and achieved the rank of full lieutenant. Jim flew F-6 Hellcats, F4U Corsairs, F-9 F-5 Panthers and F-9 Cougar jets from the deck of the USS Essex during his service to the United States. His passion for aircraft and aviation was artistically demonstrated with his devotion throughout his life to his hobby of creating and building aircraft models and model railroading. Jim also enjoyed sailing, skiing and nature‚Äôs creatures. He was a charter member of the EAA and a member of the VFW post in Menasha. Dr. Barnes began his dental practice on Memorial Drive in Appleton in 1961. He assisted 3M in pioneering white composite fillings. Dr. Barnes continued his practice in Menasha until his retirement in 1993 when he turned it over to his son, Dr. Kurt Barnes, DDS. Funeral services will be at 11:00 a.m. on Thursday, January 26, 2006 at WICHMANN FUNERAL HOME, Appleton, with Hospice Chaplain Jordan Kuczwara officiating. Friends may call at the funeral home on Thursday from 9:30 a.m. until the time of services. The family would like to extend a sincere thank you to the staff at Fox Valley Hematology and Oncology SC, Appleton; ThedaCare at Home Hospice; and Wisconsin Sheltie Rescue for their wonderful assistance in obtaining Jim‚Äôs beloved dog, Lucky. In lieu of flowers, a memorial has been established in his name.
WICHMANN FUNERAL HOME
537 North Superior Street
Appleton 920-739-1231
www.wichmannfuneralhomes.com