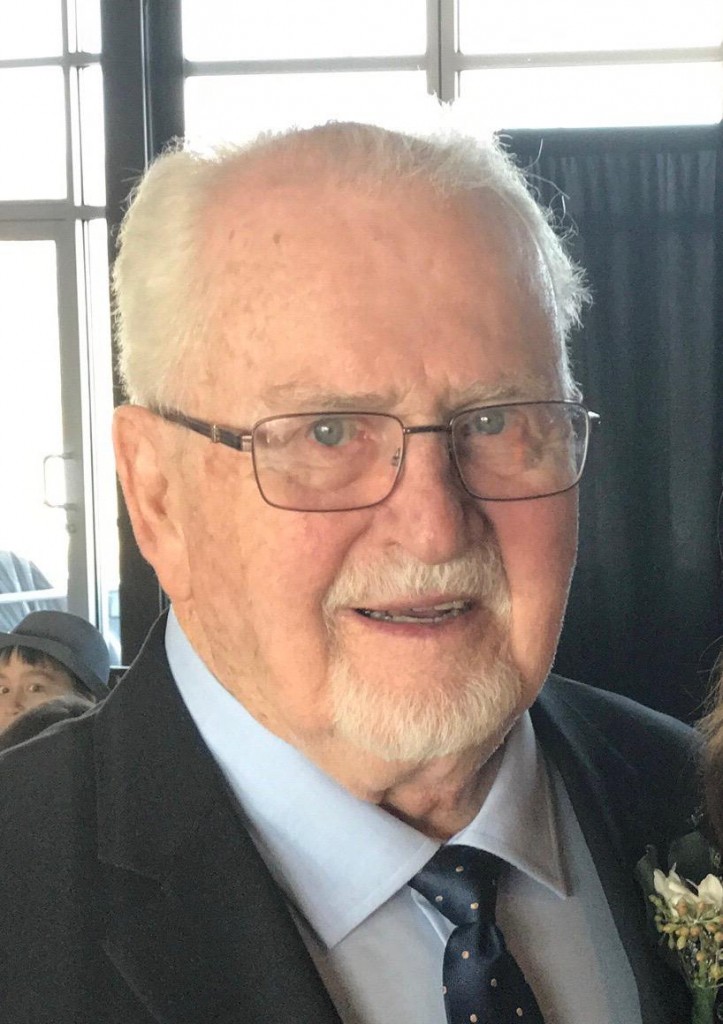 James Lawrence ‘Jim’ Patterson, age 90, passed away peacefully in his sleep at Brewster Village in Appleton, WI, on Tuesday, October 22, 2019.

He was born in New York City on February 16, 1929. He spent 13 years in the Naval Reserve. On March 4, 1951, he married the love of his life, Patricia Tracey. Jim and Pat raised three daughters and a son and they celebrated their 68th wedding anniversary this year. For most of his career, Jim worked in sales and even had an office in the Empire State building for a short time. Prior to his retirement, he was president of STEP Industries in Neenah. Jim’s job moved the family from Yonkers, NY to Berea, OH, then Decatur, GA, and finally to Appleton, WI.

Jim was very proud of the fact that he was a “friend of Bill W’s” and would have celebrated his 60th anniversary this December. He was known to drop everything to help a friend in need and was always willing to share his experience, strength and hope to many people in Northeast WI, as well as around the country. Jim spent many years supporting meetings at several prisons in the area.

Jim loved golfing and spent time traveling and camping with his family while they were young. After retiring, Jim and Pat traveled by motorhome during the winter months and spent the summers in Door County. Sports were a passion of Jim’s. For many years, he regularly attended Packer games. Jim was also a soccer referee, instructor and assessor. He was inducted into the Wisconsin Soccer Hall of Fame in 2005.

Nothing could make Jim prouder than being with family. He loved attending his children and grandchildren’s sporting events and in recent years was able to attend their college games, meets and regattas. His great-grandchildren always put a smile on his face and he loved getting together with family and friends. The turnout for his 90th birthday party and the wishes from friends across the country were amazing.

A Funeral Mass will be celebrated for Jim at 11 AM on Saturday, October 26, 2019 at Holy Spirit Catholic Church- Kimberly Site, 620 E. Kimberly Ave., Kimberly, WI 54136 by Rev. Carl Schmitt. Family and friends may visit at the church from 9 AM until the time of mass. Inurnment will be in Holy Name Catholic Cemetery, Kimberly.

The family would like to thank the staff at Atrium/Parkside Little Chute, Brewster Village, and Theda Care at Home Hospice for the wonderful care they provided to Jim.

In lieu of flowers, donations in Jim’s name will be made to Saving Paws Animal Shelter (Appleton), St. Jude Children’s Hospital and Shriner’s Hospitals for Children.

Please leave a special memory or condolences for Jim’s family below.