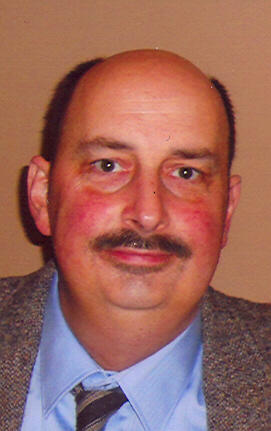 Jim's pride and joy, Denver William, was born in 1994. He worked as a Curriculum Resource Coordinator at Fox Valley Technical College for 17 years, and was a member of First Congregational United Church of Christ in Appleton. Jim was a devoted father, husband, brother and friend, and until the end a die hard New England Patriots and Boston Red Sox fan.

A memorial service for Jim will be held on Saturday March 5, 2011 at 1:00 PM at First Congregational United Church of Christ (724 East South River Street, Appleton) with Rev. Stephen Savides officiating. Visitation will be at the church on Saturday beginning at 10:00 AM until the 1:00 PM service.
Jim's Family would like to give special appreciation to Dr. Michael Ray and the exceptional staff at Appleton Medical Center Radiation Oncology, and also Dr. Kevin Motara and Dr. Jack Swanson and staff for their care and compassion.