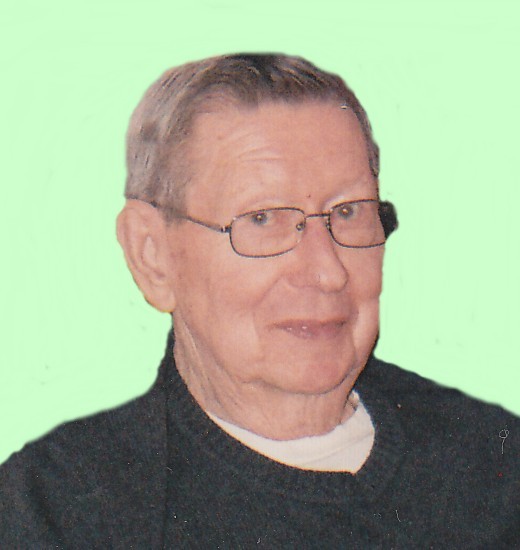 James “Jim” E. Erdman, 81, of Kimberly, passed away on Friday, June 13, 2014 at Fox River Nursing and Rehab after a courageous fight with cancer. Jim was born on January 5, 1933, son of the late William and Dora (Knaack) Erdman. He was proud to work at the Kimberly Mill for 44 years. On May 18, 1957, he married Marie Glasheen at a ceremony at St. Mary Catholic Church in Kaukauna. Jim and Marie shared 57 years of marriage raising 4 beautiful children.

Jim loved the outdoors and enjoyed his annual pheasant hunting trip to South Dakota. He also enjoyed his retirement taking bus trips and spending time with his family.

Jim was survived by his loving wife: Marie Erdman; his children: Marge Erdman, Bill (Alice) Erdman, and Karen Erdman; his grandchildren Katie, and Andy (Melissa); his great granddaughter: Isabel; his sisters: Evelyn Herman and Ada Burton: his sister-in-law Winifred Erdmann and brother-in-law James (Cathy) Glasheen. He is further survived by many nieces, nephews, other relatives and friends. He was preceded in death by his parents, his son: Tom; brothers: Herbert (Mary) Erdmann, and Robert Erdmann; brothers-in-law: Ted Herman, Jack Burton and Gerald Glasheen; and his sister-in-law Florence Glasheen.

The funeral service for Jim will be held at 7:00 pm on Tuesday, June 17, 2014 at JANSEN FARGO FUNERAL HOME, 204 E. Kimberly St. Kimberly, with Rev. Gary Nokleberg officiating. A time of visitation will be held from 4:00 pm until the time of service. Online condolences may be expressed at www.wichmannfargo.com

The Erdman family would like to thank the doctors and nurses at Fox Valley Hematology and Oncology, and the staff at Fox Valley Nursing and Rehab for their kindness and care.