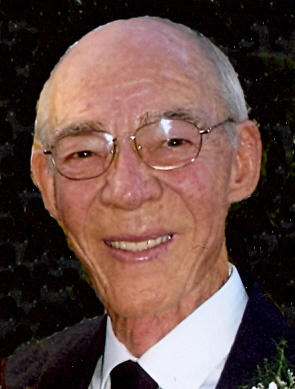 On January 28, 2011 cancer took the life of Jim at his home in the loving arms of his wife and children. Jim was born on March 20, 1935 to Gustave and Agnes (DeBruin) Schuh in Kaukauna. He was a Boy Scout and graduated from Holy Cross and Kaukauna High School. Jim was a veteran and served in the Marine Corps from 1956 – 1958. On October 17, 1959 Jim married Rose Mary Metzler and together they shared 51 years. He was a member of St. Nicholas Parish. Jim was a paper maker for Thilmany for 44 years, retiring in 1997. Jim was a 4-H wood working project leader for many years and loved the challenge of creating works of art out of wood for his family and friends. He took special interest in woodworking projects for and with his children and grandchildren. He loved to be outdoors and took great pride in his garden. One of his greatest enjoyments was feeding and watching the birds.

Jim was preceded in death by his parents, and in-law's, Henry and Rose Metzler.

Our gratitude and sincere thanks to Dr. Guenther, the nurses, staff and volunteers, especially Julia and Phyllis, at Martha Siekman Cancer Center. God Bless you all. In lieu of flowers a memorial will be established for Bluebirds and nature in Jim's name.