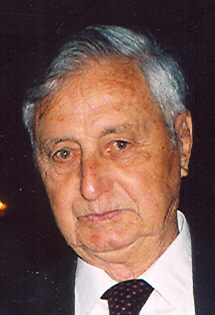 James J. Ver Kuilen, age 91, of Appleton, passed away on Tuesday, April 19, 2011 at Cherry Meadows with family at his side. He was born on January 16, 1920 in Sault Ste. Marie, Ontario, Canada, the son of the late John and Lena (Verstegen) Ver Kuilen. On July 5, 1952 he married Lois Nickasch in Milwaukee. After Jim's technical schooling he joined the Canadian Army for two years. He then served four years in the U.S. Navy during WWII as a Motor Machinist First Class on P.T. Boats in the South Pacific. Jim worked as a machinist at Marathon and then at Appleton Machine for thirteen years. He completed his employment at Thilmany Pulp & Paper Company after 22 years, retiring in 1982. Jim played on the Berggren's Sports Hockey Team in 1949. He was a member of the P.T. Boaters, Inc. and in June 2010 was honored with the Old Glory Honor Flight. Over the years, he enjoyed pheasant and deer hunting, fishing, camping, gardening and motorcycling. Family was very important to Jim, especially spending time in the summer on Haviland Bay, Lake Superior, Ontario, Canada. He enjoyed his grandchildren and attending their sporting activities.

The memorial service for James will be held at 11:00 am on Monday, April 25, 2011 at WICHMANN FUNERAL HOME TRI-COUNTY CHAPEL with Father Jim Leary, O.F.M. CAP. officiating. Inurnment will take place at St. John Catholic Cemetery, Little Chute. Friends may call at the funeral home from 10:00 am until the time of service.