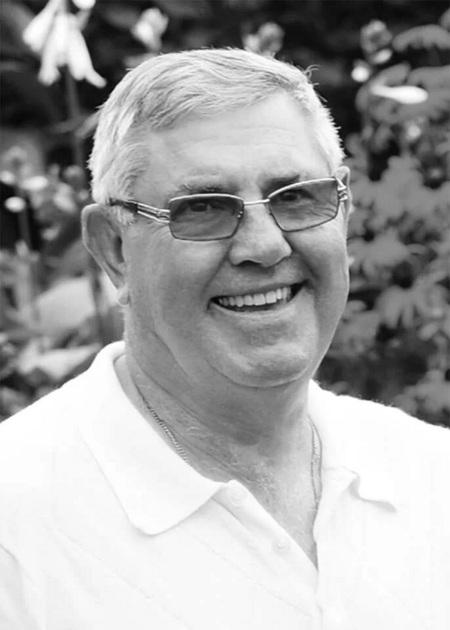 James J. “Jim” Van Hoof, age 75, of Freedom, passed away at Fox River Nursing Home, on Thursday, January 16, 2014. Jim was born on May 27, 1938, in Appleton, to the late Walter and Dorothy (Murphy) Van Hoof. He married Janet Green on June 27, 1959, in Freedom. Jim was a loving husband, father, grandfather and great grandfather. He enjoyed golfing, was an avid Packer and Badger fan, a skilled horse shoe player and enjoyed traveling. Jim especially enjoyed the time spent with his grandchildren and great grandchildren.

A Memorial Mass will be at 4:30 p.m. on Monday, January 20, 2014, at ST. NICHOLAS CATHOLIC CHURCH, W2037 County Road S, Kaukauna, with Fr. Dan Felton officiating. Abiding by Jim's wishes, there will not be a visitation prior to services. In lieu of flowers, a memorial has been established to benefit the Alzheimer's Foundation. The family would like to extend a sincere thank you to the staff at Fox River Nursing Home and Heartland Hospice for their loving care. Online condolences may be offered at www.wichmannfargo.com