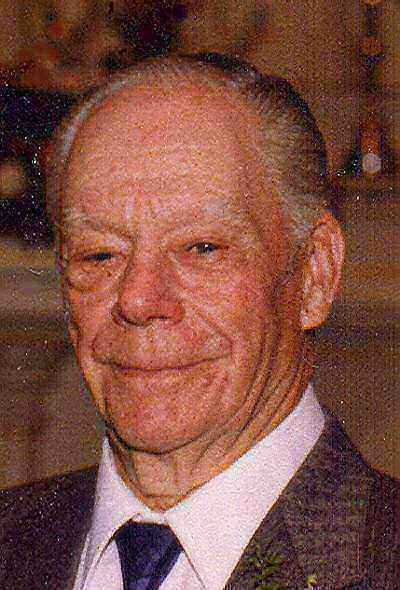 Beloved husband, father, grandfather and brother, James H. Welhouse, Appleton, 85, died Sunday morning October 3, 2004, at his home, with his family at his side. He was born May 17, 1919, to the late Joseph and Johanna (Van Linn) Welhouse, in the Town of Buchanan and had been a Kaukauna resident until moving to Appleton in 1941. Jim served with the U. S. Army from 1942 ‚Äì 1945 and participated with the Normandy Invasion. He married Rosemary McCann on September 18, 1941; she preceded him in death on March 21, 1984. Jim was involved with Welhouse Construction with his father and brothers in his youth and later established James H. Welhouse & Sons. He was a member of St. Thomas More Catholic Church and the Oney Johnston-Edward Blessman American Legion Post #38, of Appleton. Survivors include his wife, Maxine (Elliott) Welhouse, whom he married August 29, 1987; five children, Julie (Thomas) Nooyen, Appleton; James (Peggy) Welhouse, Poynette, WI; Jacqueline (William) Strobel, Fond du Lac; Jeffrey (Christine) Welhouse, Neenah; Mark (Mary) Welhouse, Appleton; 10 grandchildren; 7 great grandchildren; three step-children, Barbara (Ray) Saykally, Winona, MN; Buffy Van Hout, Appleton; Rebecca (Tony) Gerhardt, Appleton; 7 step-grandchildren; two brothers, Jerome (Margaret) Welhouse, Kaukauna; Harold Welhouse, Kaukauna. He was preceded in death by two infant sons, Joseph and John Welhouse, a brother Eugene Welhouse and two sisters, Agnes Sanders and Alice Garrigan. The Mass of the Resurrection for James will be held at 11:00 am, Friday, October 8, 2004, at ST. THOMAS MORE CATHOLIC CHURCH, 1810 North McDonald Street, with Father Gerald Falk officiating. Entombment will be in St. Joseph Cemetery. Friends may call at the funeral home from 4 ‚Äì 8 pm, Thursday and on Friday at the church from 10:00 am until the time of the mass. There will be an American Legion Visitation at 6:30 pm and a parish prayer and scripture Service at 7:00 pm, Thursday. A memorial fund is being established.

God saw he was getting tired,
And a cure was not to be;
So he put his arms around him,
And whispered, ‚ÄúCome with me‚Äù.
With tearful eyes we watched him suffer,
And saw him fade away.
Although we loved him dearly,
We could not make him stay.
A golden heart stopped beating,
Hard working hands to rest;
God broke our hearts to prove to us,
He only takes the Best.