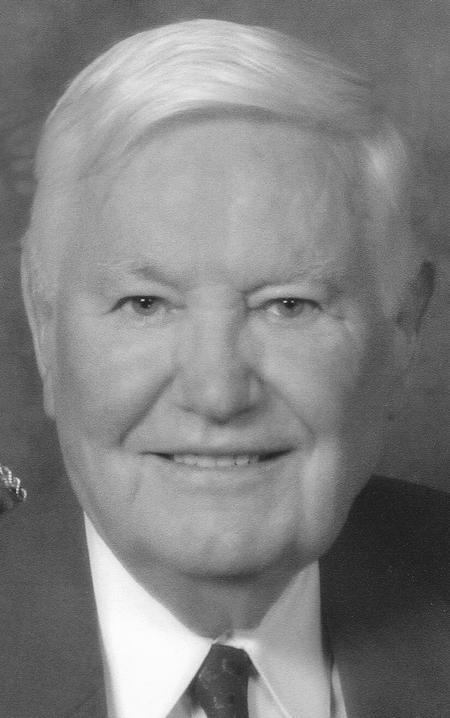 James G. Ormson, 81, of Appleton, Wisconsin died peacefully at home on Monday, January 17, 2011. Jim was born on March 22, 1929 in Mauston, Wisconsin, the son of Gilbert and Minnie (Northcott) Ormson. He was a 1946 graduate of New Lisbon High School and in 1950 was graduated from the University of Wisconsin-Madison with a Bachelor of Science degree and also was commissioned as a 2nd Lieutenant in the United States Army Reserve (ROTC). After many years in the Reserves, Jim was honorably discharged as a Captain in 1964. On June 21, 1952 he married Jean Loomis, of Mauston.

Prior to joining AAL‚Äôs Investment staff in January of 1958 he was Vice President of the Richland County Bank in Richland Center, Wisconsin. Jim‚Äôs thirty year career with AAL (now Thrivent Financial) was spent entirely in the Investment Department where he held various investment positions beginning as an Investment Analyst and over the years continuing to assume increased responsibilities. Prior to retirement at the end of 1987, Jim served as Vice President-Investments and Treasurer and was also President of North Meadows Investment Limited, a real estate subsidiary.

Jim was an active member of Faith Lutheran Church since 1958 and served the congregation in many elective offices including Chairman, Treasurer, Elder, Building Committee member and member and Chairman of the Board of Personnel for many years.

He had also been active in numerous professional and civic organizations having served as Secretary-Treasurer, Vice President and President of the Fraternal Investment Association, a member of the Milwaukee Investment Analysts Society of the Financial Analysts Federation, past Chairman of the Finance Committee for Junior Achievement of Appleton, past Executive Board member of the former Valley Council of the Boy Scouts of America, past Vice President of the Appleton VNA-Community Hospice Foundation, past Trustee of the King‚Äôs Daughters Foundation of the Infant Welfare Circle, past Executive Chairman of the AAL United Way campaign, past member of the downtown Appleton Rotary Club and past member of the Riverview Country Club. He was an enthusiastic fan of the University of Wisconsin Badgers and the Green Bay Packers.

He is survived by his loving wife, Jean, of 58 years and his sons, Dr. Mark (Cindy) of Granger, Indiana, and Eric (Katie) of Paris, France, and his daughter, Nancy Hitz (Jeff) of Breckenridge, Colorado, and grandchildren: Kristen Everson (Scott) Dayton, Ohio; Laura and Anne-Marie Ormson of Granger, Indiana; John, Madison and Christian Ormson of Paris, France; and Finn and Kai Youngsteadt of Crystal Lake, Illinois; and two great grandchildren, Alexander and Cadence Everson of Dayton, Ohio.

He is also survived by one sister, Lorraine Solie, Rockford, Illinois and Delray Beach, Florida, and a brother, Gilbert (Karla), Madison, and brothers-in-law: Robert (Lucille) Loomis, Pine Knoll Shores, North Carolina; John (Sue) Loomis, Fresno, California; and Sam Roth, Middleton, Wisconsin, and many nephews and nieces, and a special family member, Patti DeBruin and her family, Little Chute. He was preceded in death by his oldest son, James, his sisters, Mildred Galvin and Romelle Roth, and brothers-in-law, Milo Galvin and OB Solie.

Jim courageously lived with Inclusion Body Myositis, a debilitating muscle disease, for the past 20 years.

The family is thankful for the wonderful care from the staff of ThedaCare at Home Hospice.

A memorial service for James will be held at 11:00 am on Thursday, January 20, 2011 at FAITH LUTHERAN CHURCH, 601 E. Glendale Avenue, Appleton. Rev. Paul Brinkman will be officiating. Entombment will take place at Highland Memorial Park, Appleton. The family will receive relatives and friends at the church from 10:00 am until the time of service. Memorials can be made to the James G. Ormson charitable fund at the Community Foundation for the Fox Valley Region, P.O. Box 563, Appleton, WI 54912.