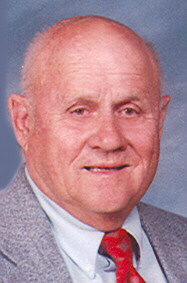 James G. Rogers, age 77, of Appleton, died at Appleton Medical Center on December 30, 2007, surrounded by his loving family and Fr. Gerald Falk. Jim was born on August 15, 1930, in Appleton, to the late Earl and Leona (Mayerhoff) Rogers. He was a 1949 graduate of Appleton High School. Jim married Audrey Mullen at St. Nicholas Catholic Church in Freedom on June 22, 1954. He proudly served his country in the United States Air Force from 1949 to 1953. Jim was stationed in Korea in 1952, attached to the 801st Air Evacuation Squadron. He was a retired Postal Letter Carrier with over 30 years of service. Following his postal career he was employed at AAL for 13 years. Jim was a member of the National Association of Letter Carriers, National Association of Retired Federal Employees, the American Legion Post 38 and VFW Post 2778. He especially enjoyed deer hunting with his sons and trout fishing with his buddies. Survivors include his wife of 53 years, Audrey; his daughters, Susan (Mark) Vander Linden, Appleton, and their children, Paul, Sandy (Richard) Gibson, Andrew and Jenny; and Lori (Michael) Bartsch, Hortonville, and their children, Dustin, Lizi, Ezra and Leah; his sons, Michael (Susan) Rogers, Winchester, and their sons, Cody and Sam; and Bruce ‚ÄúBuck‚Äù (Karen) Rogers, Larsen, and their children Gunnar, Brenna and Tanner. He is further survived by nieces, nephews, other relatives and many friends. Jim was preceded in death by a brother, Wayne ‚ÄúBud‚Äù Rogers. He enjoyed the many small children on his South Side mail route that he delivered for the last 28 years. Funeral services will be at 5:00 p.m. on Thursday, January 3, 2008, at MOUNT OLIVE EV. LUTHERAN CHURCH, 930 East Florida Avenue, Appleton, with Rev. Joel Zank officiating. Friends may call at the Wichmann Funeral Home on Thursday from NOON until 3:00 p.m. and then directly at the church on Thursday from 4:00 p.m. until the time of services. Interment will be in Highland Memorial Park. In lieu of flowers, a memorial has been established to benefit the American Heart Association and the Kidney Foundation.
WICHMANN FUNERAL HOME
537 North Superior Street
Appleton 920-739-1231
www.wichmanfargo.com

Jim hopes to get a new mail route up in the sky and on his days off he wants to try out a few new trout streams.