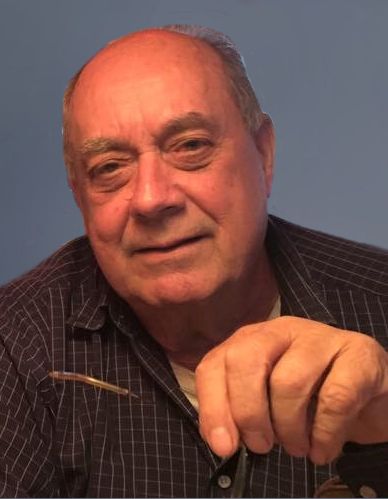 Jim Bayer, age 81, of Grand Chute passed away peacefully and surrounded by family, at ThedaCare Regional Medical Center Appleton on January 27, 2019. He was born on September 28, 1937 in Menasha to the late Carl Sr. and Edith (Biesenstein) Bayer. He married Muriel Drier on September 14, 1957.

After attending St. Mary’s High School Jim worked at Jahnke’s Auto Parts. He eventually went to work at Badger Highways, where he was the foreman of a construction crew. It is from there that he retired in 1999.

In his earlier days, Jim was a local stock car racer, along with his brother, Sonny. He was a lover of the Packers, Brewers and Timber Rattlers. Jim was most happy when he was outside – mowing the lawn, tending to his tomatoes, helping the local kids fix their bikes, socializing with the neighbors and sitting in his lawn chair under his big maple tree.

Jim is survived by his daughter: Jennifer Bayer; his sisters-in-law: Marge (Merle) Hinchley, Helen Drier, and Joyce Drier, as well as several nieces and nephews.

In addition to his parents, Jim was preceded in death by his wife of 49 years: Muriel (Mertz) Bayer, his sisters: Carol Captain, Claire Zielinski, Joan Neuman and Mildred Bayer; and a brother Carl Bayer, Jr.

The funeral service for Jim will be held at 12:00 Noon at Thursday, January 31, 2019 at the Wichmann Funeral Home, located at 537 N. Superior Street in Appleton. Rev. Tim Albrecht will officiate, and burial will take place at Highland Memorial Park. Family and friends are invited to gather at the funeral home on Thursday morning from 9:00 AM until the time of the service.

The family would like to extend a sincere thank you to Dr. Samuel Pierre and RNs Jill and Hailey for the care they provided to Jim on his final days.