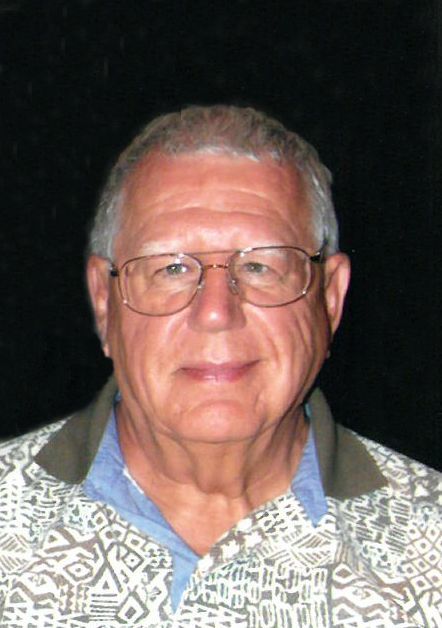 James E. L. Pasch, age 75, of Appleton, passed away after a long battle with Alzheimer's at Brewster Village on Wednesday, September 7, 2016. He was born on September 23, 1940 in Clintonville, Wisconsin to the late Melvin and Viola (Musch) Pasch. James graduated from Clintonville Sr. High School and joined the U.S. Army, where he served and was honorably discharged. He worked for the Four Wheel Drive in Clintonville for six months before he worked with Appleton Papers in 1963. He eventually transferred to Appleton Coated in Combined Locks where he retired in 2002. Jim married Ethel K. Korb and together they celebrated their 54th anniversary this last May.
James is survived by his loving wife, Ethel; his son, Scott (Mary) of Menasha; granddaughter, Samantha (special friend Cody) of Appleton; great-granddaughter, Amira; step-grandsons, Ryan Verstegen of Menasha and Michael Dennison of Oshkosh. He is further survived by his sister, Barbara (Harold) Lundberg of Fridley, MN.; brother, Gregory (Darlene) of Oshkosh; sister-in-law, Edith Krueger (David) of Appleton; brother-in-law, John (Jackie) Korb of Marion; three nieces, Brenda, Kathy and Jennifer; two aunts, Lucille Musch of Shawano and Ione Pasch of Green Bay. He is also survived by many cousins and other dear relatives and friends.
In addition to his parents he was preceded in death by his father-in-law and mother-in-law, Arnold and Ruth Korb.
The memorial service will be held on Saturday, September 17, 2016 at 11:00 a.m. at HIGHLAND MEMORIAL PARK, 3131 N. Richmond Street in Appleton. Visitation will take place on Saturday starting at 9:00 a.m. until the time of the service at the cemetery. In lieu of flowers, a memorial fund has been established in James's name. Online condolences can be expressed at www.wichmannfargo.com.
The family would like to give a special thank you to the staff of Brewster Village, especially Atrium 1, The Orchard, for all their care for Jim in the last four years. We cannot thank you enough.