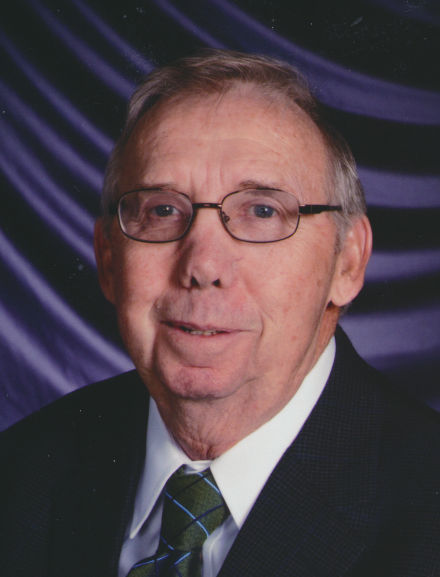 Jim was born on November 26, 1934 in Black Creek, Wisconsin. Jim lived a life of work and service. Jim founded Freimuth Masonry, Inc. in 1962, and encapsulated the ideals of the American Dream, that with honest hard work, one could overcome, build and thrive. He passed these traits on to his seven children and their families.

Both a humble and wise man, Jim understood that his success paled in comparison to his greatest accomplishments which included the loving partnership with his wife (Marcella Young), whom was his high school sweetheart and married on October 20, 1956. He lived life well and endured to the end, for this, we know that the burden of living with Alzheimer’s has been lifted and he is at peace in the company of the loved ones that have passed before him and the Father that gave him life.

They raised seven children; Juanita (Jorge) Duchicela, Robert (Nancy), John (fiancé Susan), Danial (Colleen), Lawrence (Sandra), Kathleen (Mark) Roberson, and Jane (Chris) Anderson. They have 18 grandchildren and 12 great grandchildren. He enjoyed spending time with his family, boating, and snow mobiling at the cottage that he and his family built in Fremont. He was active in his community as a member of Valley Home Builders Association and Grand Chute Lions Club. He also worked with Father Timon Costello at Villa Hope and donated his services for many years to Rawhide as a supporter of their cause.

The funeral liturgy for Jim will be held at 11:00 AM on Monday, September 30, 2019 at St. Mary of the Immaculate Conception Catholic Church, located at N2385 Municipal Drive in Greenville, with Fr. Michael Warden officiating. Interment will follow in the parish cemetery. Family and friends are invited to gather at the Wichmann Funeral Home, located at 537 N. Superior Street in Appleton on Sunday, from 4:00 PM until the time of a prayer service at 7:00 PM. Visitation will resume Monday morning at church at 9:00 AM and continue until 10:45 AM.

Special gratitude is offered for the kindness and compassion provided by the staff at Brewster Village. The family would also like to recognize Marcie for her unwavering support during this trying time and always being by Jim’s side.

In lieu of flowers, donations can be made to the Alzheimer’s Association.